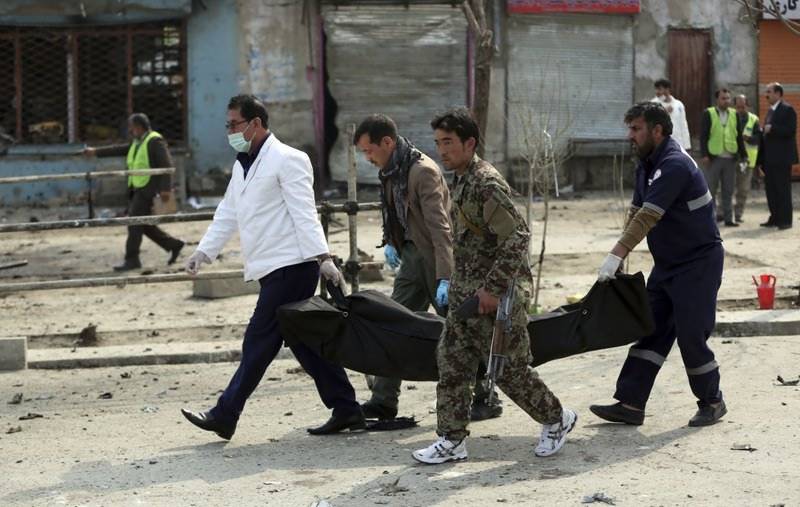 KABUL - Daesh has claimed responsibility for the deadly suicide attack on the Shiite mosque in Kabul.

Afghan officials have raised the death toll for the latest attacks in the country — the suicide bombing in the capital, Kabul, and an overnight Taliban assault on an army outpost in the north.

Basir Mujahid, spokesman for the Kabul police chief, says the bomber who blew himself up at a police checkpoint outside a Hazara gathering in western Kabul killed nine, including a policeman. He says 18 were wounded in Friday's attack.

Meanwhile, Defense Ministry spokesman Dawlat Waziri said that six soldiers were killed and five were wounded in the hours-long Taliban assault an army outpost in a remote region of northern Takhar province.

Earlier, provincial police spokesman Khali Aseir had reported that 10 local policemen were killed and nine were wounded in a Taliban ambush as they tried to make their way to the outpost to help the besieged soldiers in the district of Khwaja Ghar.