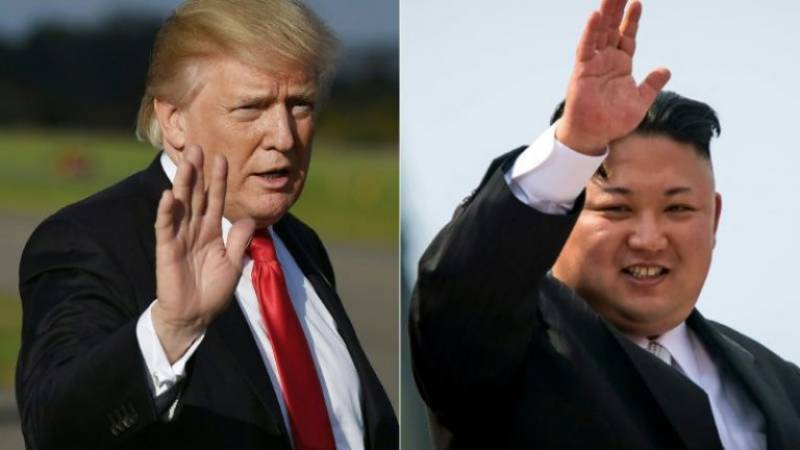 Standing in front of the White House, South Korean National Security Advisor Chung Eui-yong announced the first ever meeting between a US president and a North Korean leader, which he said would take place by the end of May.

Chung had recently returned from Pyongyang, where he met Kim who, he said, “expressed his eagerness to meet President Trump as soon as possible.”

Trump hailed “great progress” in the push to persuade Pyongyang to end its nuclear weapons program.

“Meeting being planned!” he tweeted. “Kim Jong Un talked about denuclearization with the South Korean Representatives, not just a freeze. Also, no missile testing by North Korea during this period of time.”

“Great progress being made but sanctions will remain until an agreement is reached.”

News of the summit, which South Korean President Moon Jae-in said was “like a miracle”, is the latest step in a quickening detente.

North and South Korea exchanged envoys as Pyongyang sent a delegation to the South’s Winter Olympics, which Seoul had dubbed the “Peace Games”.

The thaw came after a period of extreme tension between Washington and Pyongyang that sounded like the growing drumbeat of war.

Just months ago, Trump mocked Kim by calling him “little rocket man”. Kim returned the favor by describing Trump as “mentally deranged” and a “dotard.”

The United States and North Korea were foes throughout the Cold War and fought on opposite sides of a bloody war in the 1950s.

In the last two decades, they have been engaged in what is perhaps the world’s most dangerous nuclear standoff, with 30,000 US military personnel stationed just over the border in the South. - APP /AFP