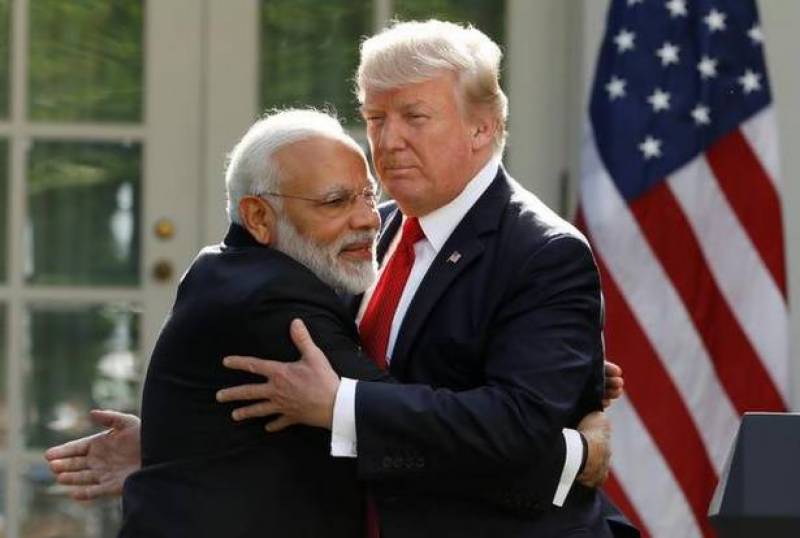 WASHINGTON- United States President Donald Trump doesn't care about friends or foes when it comes to the interest of the American people.

Trump on Friday threatened to impose “reciprocal tax” on India if it do not match America’s tariff, PTI has reported.

Mr. Trump has, in recent days, spoken a number of times about the 50 per cent duty that India levies on high-end motorbikes that Harley-Davidson, an American company, sells in India. He has repeatedly insisted that the US levies “zero” duty — or “nothing” — on motorbikes imported from India.

The US President said the stage for the imposition of reciprocal tax has been set in the first year of his administration.

He said American companies had not been treated fairly by other countries.

Referring to a tweet by Tesla chief Elan Musk, Mr. Trump said China charged 25 per cent duty on American cars whereas it was just 2.5 per cent on import of Chinese cars into the US.

Mr. Trump said the “reciprocal tax” programme would ensure “fair trade deals” for the US.

The US President mentioned China several times as he signed two proclamations to impose import duties on steel and aluminium.

Mr. Trump said the US was going to stop the trans-shipping. “Well, we’ll let it happen, but they’ve got to pay. So trans-shipping, frankly, is a big deal,” he said.

“And they trans-ship, and we’re going to accept their product, but it’s going to cost a lot of money from the standpoint of the trans-shipper,” he added.

The US, he said, is negotiating now with China.

“We’re in the midst of a big negotiation. I don’t know that anything is going to come of it. They have been very helpful. President Xi [Jinping], I have great respect for. A lot of respect,” he said.

“But we’re going to cut down the deficits one way or the other. We have a deficit with China of at least USD 500 billion. When you add intellectual property, it’s much higher than that,” Mr. Trump said.