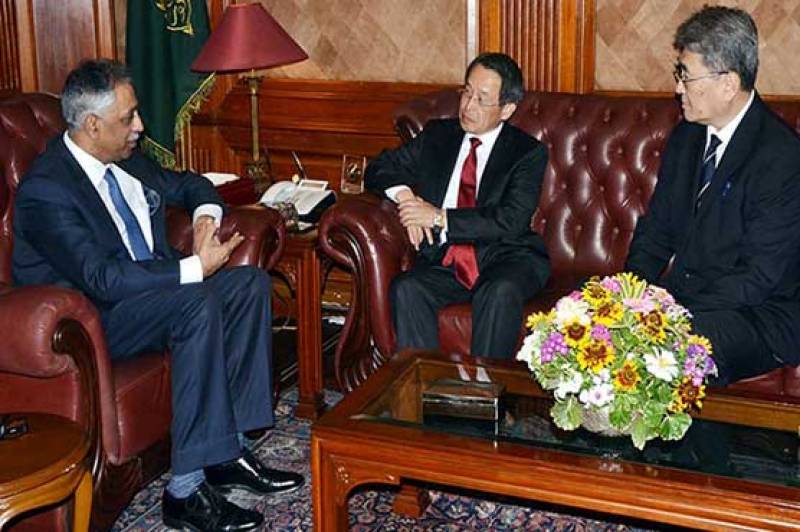 He was talking to the Japanese Ambassador to Pakistan, Takashi Kurai, who called on him at the Governor House here on Tuesday. Japanese Consul General, Toshikazu Isomura, was also present.

The Governor said that there is an ample scope for collaboration between Pakistan and Japan in various fields.

This will help in poverty alleviation and generation of employment opportunities as well, he added.

Zubair said that Japan’s assistance in the social sector was appreciable.

He stated that Prime Minister Muhammad Nawaz Sharif was paying special attention towards economic and social welfare sectors in Sindh and other parts of the country.

Governor said that such policies are generating vast opportunities for investment. He hoped that the Japanese investors would take advantage of such openings.

Zubair said that with the restoration of law and order in Karachi,foreign investment is on the increase. He also spoke of the close friendly ties between Pakistan and Japan.

The Ambassador informed the Governor that with the restoration of law and order in Karachi, like those of other countries Japanese investors are also showing keen interest and that Karachi is an attractive place for investors.

He further pointed out that Japan would continue its cooperation in various fields.