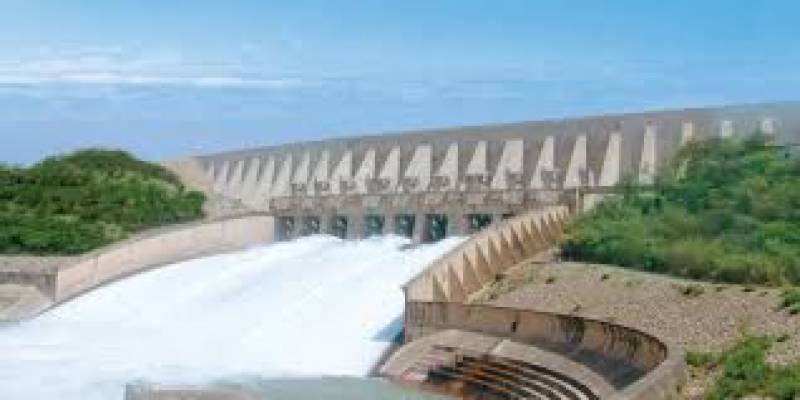 ISLAMABAD-Local WAPDA authorities here on Thursday principally agreed to exercise underground  seismic survey of the country’s largest Mangla Dam reservoir to ascertain the real causes of the breaking out of recent frequent earthquakes in lake city of Mirpur and its adjoining areas in Azad Jammu Kashmir.

Indication to this effect was given by Chief Engineer WAPDA Mangla  Abdul Majeed Sheikh in a high level emergent meeting with the senior officials of Mirpur Division and district administration held here Thursday with Divisional Commissioner Ch. Muhammad Raqeeb in the chair .

Local population including the experts  feel recent raising of Mangla dam, located in Mirpur district of AJK, the basic cause of the repeated earthquakes that had earlier experienced on September 24 last year and June 13, this year.

Chief Engineer WAPDA Mangla Abdul Majeed Sheikh categorically refuted the impression about the high water level pressure in the reservoir as the cause of the recent earthquakes.

He continued that in the follow up of the recent earthquakes in Mirpur, WAPDA has installed at least 200 equipment along the 50-km jurisdiction of Mangla dam to collect the data emerging of the monitoring of seepage and seismic survey of the reservoir.

“WAPDA has already undertaken the survey of  the dam soon after the recent earthquakes in response to the desires of the local population”, the WAPDA official said adding that the Authority was fully agreed  to conduct the re-survey of the dam if AJK government was sought of it.

Sheikh said that WAPDA will never compromise on the safety and security of the Mirpur district population and the Mangla dam, the major contributor of power to the national gird besides the irrigation of a bulk part of the agrarian land in the country. “WAPDA always stands with the Mirpur population”, the WAPDA officer said.

The WAPDA Chief Engineer stated that last year and the recent repeated earthquakes in Mirpur were not the cause of Mangla Dam or its raising project that had completed about seven years ago.  He appealed to the local population to refrain from spreading rumors including, what he described, the baseless  media reports including in social media in connection with the quality and conditions of Mangla dam – especially soon after every  earthquake.

“Mangla Dam is fully safe in all respect”, he said adding that breaking out of earthquakes was natural phenomenon – and making control over the catastrophe  by human being  was out of question.

Addressing the meeting, Mirpur Division Commissioner Ch. Muhammad Raqeeb directed WAPDA authorities to immediately manage re-survey of Mangla dam in order to remove panic and concern among Mirpur population  caused be breaking out of the fresh wave of earthquakes in the area.

“Immediate execution of survey  of the Mangla dam  reservoir is the need of time to ascertain the true underground changes in the soil of Mirpur and adjoining strip.

WAPDA agreed holding of another identical emergent meeting with the local Divisional and district authorities  soon in the coming days to give final touches for conducting resurvey of the dam.