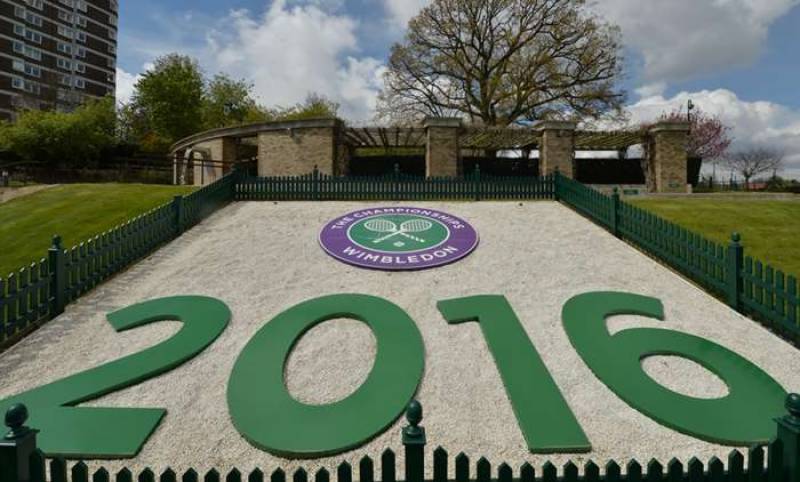 The 34-year-old Swiss star was on the brink of becoming the oldest All England Club finalist in 42 years when he took a two sets to one lead, but the big-serving Raonic hit back to avenge his 2014 Wimbledon semi-final loss against Federer.

"There was a little opening and I took it," said Raonic, who is the first Canadian man to make a Grand Slam final.

"It's a big impact for Canada. Hopefully, it will be even bigger if I win on Sunday.

"I was struggling throughout the third and fourth sets, he was playing some real good tennis. It's a great feeling to be continuing."

It is the first time since 2002 that neither Federer, Novak Djokovic nor Rafael Nadal have made the Wimbledon final.

On the evidence of his Centre Court masterclass, world number two Murray will be favoured to clinch his third Grand Slam title in Sunday's final -- three years after becoming the first British man to win Wimbledon since Fred Perry in 1936.

Murray, beaten in eight of his Grand Slam finals, will hope it is third time lucky this year after losing the Australian and French Open finals to Djokovic.

Having faced Djokovic in seven major finals and Federer, who beat the Scot in his first Wimbledon final in 2012, in the other three, Murray finally gets to meet an opponent from outside the traditional superpowers.

Murray holds a 6-3 lead in his head to head record with Raonic and defeated the 25-year-old on grass three weeks ago in the Queen's Club final.

"I'm very happy. To make the Wimbledon final is a good achievement. I've got one more to go on Sunday," Murray said.

"The older you get you never know how many chances you will get to play in a Grand Slam final."

Federer, whose last Grand Slam crown came at Wimbledon in 2012, had already required five sets to get past Marin Cilic in the quarter-finals, saving three match points in the process.

And the effort took its toll on the 17-time major winner in the day's first semi-final, which reached a crescendo just after Federer needed treatment on his right thigh and jarred his left knee and foot in a worrying fall.

aonic finished with 23 aces and 75 winners while Federer converted just one of nine break points.

"Something went wrong. Very sad about that and angry at myself because never should I allow him to get out of that (fourth) set that easily," Federer said.

But, refuting speculation his lengthy wave to the crowd was a final farewell to Wimbledon, Federer added: "I hope to be back on Centre Court, to be very clear for you."

While Federer is firmly in the twilight of his glittering career, Murray is in his prime as he tries to become the first British man to win multiple Wimbledon titles since Perry in the 1930s.

The 29-year-old made just nine unforced errors, in contrast to 30 by the befuddled Berdych, who was powerless to halt Murray's progress to an 11th Grand Slam final appearance -- a milestone which took him ahead of Perry as the British man with the most major finals on his CV.

Refusing to rest on his laurels, Murray said: "Milos is playing some of the best grass-court tennis of his career.

"I'm aware I'll have to play very well to win."