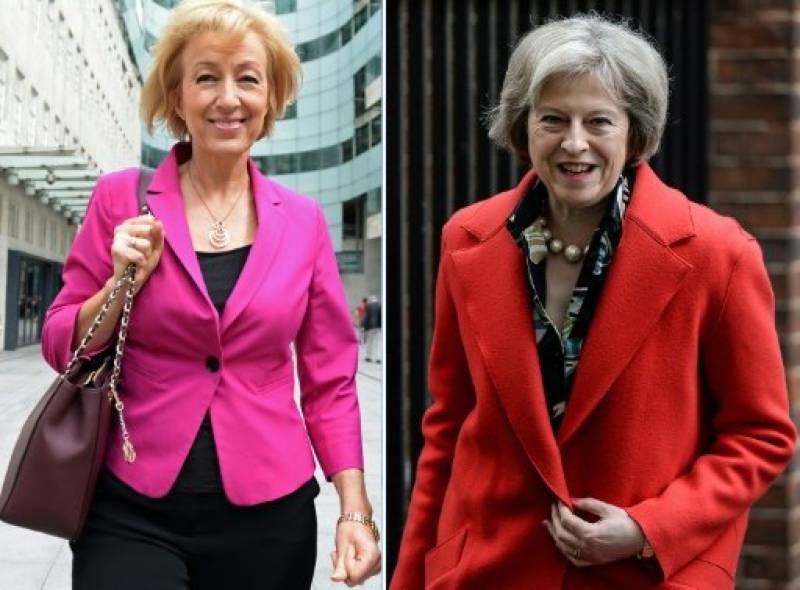 LONDON: (APP) A wave of women are taking power in Britain: the country will soon have a female prime minister following the Brexit vote while Scotland and Northern Ireland already have women leaders.

"Is this all a happy coincidence? Has the glass ceiling finally been smashed?" the Guardian newspaper asked this week.

In the race to succeed David Cameron, who resigned as premier after last month's vote to leave the EU, one thing has been certain since Thursday -- the next leader will be a woman for the first time since Margaret Thatcher resigned in 1990.

In Scotland, Nicola Sturgeon is first minister and leader of the pro-independence Scottish National Party since 2014, while Ruth Davidson leads the Conservatives and Kezia Dugdale heads up Labour.

In Northern Ireland, the first minister is Arlene Foster of the Democratic Unionists while one of Wales' main parties, Plaid Cymru, is also led by a woman, Leanne Wood.

"That suggests that what might have been barriers to high office have completely evaporated," Professor Iain Begg of the London School of Economics told AFP.

Experts say it was Thatcher, who became Conservative leader in 1975 and prime minister in 1979, who opened the door for the current generation.

That happened nearly 60 years after the first woman took her seat in the House of Commons -- Conservative Nancy Astor in 1919.

"She (Thatcher) was the one who broke the mould and made it possible in future for other women to become leaders," Begg added.

The Conservatives have been slower than the main opposition Labour to recruit large numbers of women MPs, though.

Cameron has pushed for more women MPs while groups such as Women2Win, founded by May and Anne Jenkin, a Conservative member of the House of Lords, has helped the push, supporting figures like Leadsom.

"We're getting there. We are still miles behind Labour (who have 99 female MPs out of 230), even though we will have produced two female prime ministers before they've had one woman as permanent leader," Jenkin said.

That situation could soon change. Labour leader Jeremy Corbyn is facing a huge rebellion by his MPs and the leading contender to replace him if he falls is Angela Eagle, an MP since 1992.

"In parallel we've got that societal evolution which says that being gay, being a woman is no longer an obstacle," added Begg. Eagle, Davidson and Dugdale all have female partners.

Evening Standard journalist Rosamund Urwin drew a parallel with the current situation in Britain and the success of Hillary Clinton in the US and Angela Merkel in Germany.

"Merkel, May, Clinton and Eagle seem to come from a similar mould. They're authoritative, tough, have far more impressive CVs than their rivals... the kind of person you want at the tiller of the boat during a perfect storm," she wrote.

Facing the political turmoil that followed the Brexit vote, Jenkin suggested that "there is a feeling of 'Yes, Nanny, please come and tell us what to do.'"

"I think they feel that at a time of turmoil that a woman will be more practical and a bit less testosterone (driven) in their approach," she added.