How much annual grant Federal Government is releasing for AJK
9 Jul, 2016 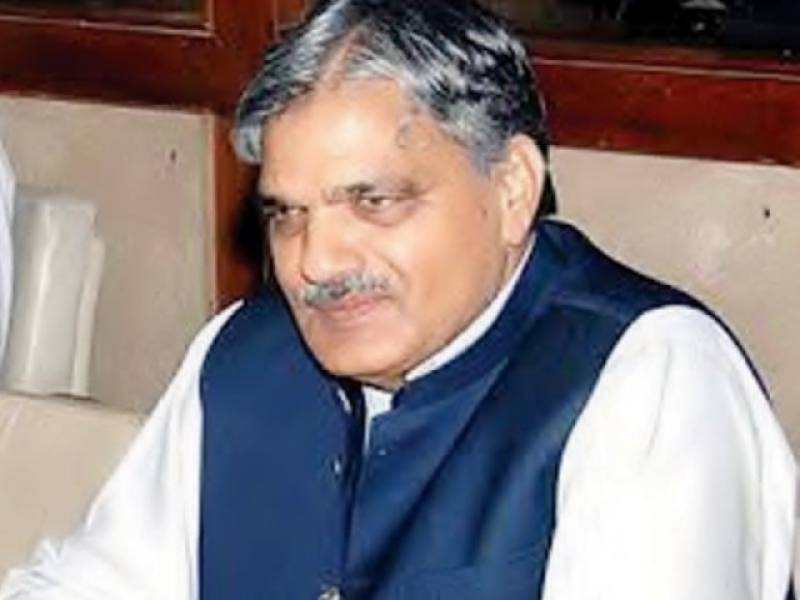 MUZAFFARABAD: (APP) Minister for Kashmir Affairs and Gilgit-Baltistan Chaudhry Barjees Tahir said under the Public Sector Development Programme, the federal government had given Rs 13 billion to the AJK government while it would spend Rs 10 billion annually for the development of AJK.

He said Prime Minister Nawaz Sharif had also given funds for Mirpur and Muzaffarabad medical colleges.

He said many mega development projects including construction of motorway and railway links had been announced by the PML-N government in AJK in its manifesto.

Barjees Tahir said in the next five years, Rs 50 billion would be spent on construction of roads and infrastructure rehabilitation in Kashmir.

He said ambulance service of helicopters will be started in Azad Kashmir to facilitate the patients of the far flung and hilly areas.

He said when the matter of allocating more water for AJK was raised in the Council of Common Interests (CCI), the AJK PM and Sindh Chief Minister Qaim Ali Shah had opposed the move. He said Prime Minister Nawaz Sharif allocated more water for AJK through executive order.

The minister said Rs 21 billion revenue of AJK government had decreased during last five years and the government is running its affairs on over draft.

He said voting in favour of the PML-N in upcoming elections would change the destiny of Azad Kashmir as the party had planned to undertake massive development projects in the region.

He expressed the confidence that PML-N would emerge victorious in the elections of AJK legislative assembly on July 21.

He said that government had allowed the PPP government to function and when a no-confidence motion was brought against the AJK premier, the top PML-N leadership advised its AJK leaders to distance themselves from the motion.

"We want to bring change in AJK through power of vote and people's verdict in the AJK election will be accepted" he added.

He said on the request of AJK speaker, Prime Minister Nawaz Sharif had allocated Rs 2.5 billion for constructing a building for the AJK Parliament.

The minister said that amendments in 1974 AJK Act can be made keeping in view the present scenario.

Barjees said that PPP government in AJK is involved in violence and making fake cases against PML-N workers.

He said PPP AJK government had not given development funds to opposition parties including PML-N members.

Chairman of the PML-N Manifesto Committee Manzoor Gilani said that record development work would be carried out by the party government in AJK.

Special Assistant to Prime Minister Dr Asif Kirmani said that election campaign of PPP is in front of everyone, adding that only few days have left for the polls and now it was trying to take benefit of the tragic incidents of Nakiyal, Bagh, Bhimber and Haveli.

He said that PPP is using bad tactics after apprehending its defeat in the elections.

Kirmani said it was the responsibility of the election commission of AJK to take appropriate measures for safety of the people.

He said after formation of the PML-N government in AJK, issues of Neelem and Jhelum and other will be solved amicably.

Farooq Haider said it was the responsibility of the federal government to provide every kind of assistance to election commission of AJK for holding of free, fair and transparent election.

He asked the PPP government in AJK to take notice of violence against PML-N workers, adding that the AJK ministers are using government resources in the election campaign.

He said PML-N leadership had never used misappropriate language against PPP chairman Bilawal Bhutto Zardari and he should reciprocate.