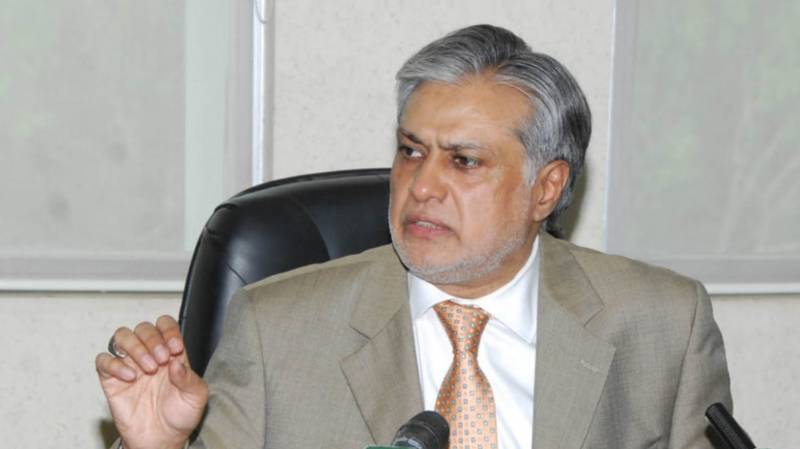 ISLAMABAD (APP): Federal Minister for Finance, Senator Mohammad Ishaq Dar said here Friday that strong foundation for achieving overall inclusive growth has been laid in the budget 2016 through strong incentives for all sectors of economy including agriculture and industry.

Finance Minister while reiterating government's resolve for uplift of agriculture sector said it announced special agricultural package in last fiscal year and keeping up the spirit to help out the farmers community has also announced a number of measures in the 2016-17 budget.

Top of all, he said there has been significant reduction in prices of fertilizers. Prices of fertilizer were brought down by Rs 250 a bag during the last few months and are now further reduced by Rs 400 a bag.

Finance Minister said 7 per cent duty on pesticides has been withdrawn while off-peak rate of electricity for agricultural tube wells has been lowered from 8.85 rupee a unit to 5.35 rupee a unit.

Further more, the agricultural delivery chain, which includes warehousing facilities for storage of produce, would get a three-year tax holiday.

The companies that set up `halal' meat production plants and obtain `halal' certification by Dec 31, 2016, will be exempted from income tax for four years.

In order to promote farm mechanisation and raise productivity, it has been decided that non-adjustable sales tax at a reduced rate of 7 per cent, instead of the existing 17 per cent, may be charged on the local supply and import of certain agricultural equipment used in tillage and seed-bed preparation, seeding or planting, irrigation,

Customs duty, sales tax and withholding tax on import of agricultural machinery will be reduced to 9 per cent from the current aggregate of 28 per cent to 43 per cent. Farmers with landholdings up to 12.5 acres will receive interest-free loans for setting up solar tubewells.

Dar said that we shall actively pursue the objective of economic growth and development under leadership of Prime Minister Nawaz Sharif with renewed vigour.

He added that functionalization of Pakistan Development Fund and Exim Bank of Pakistan would be among his priorities in the first quarter of 2016-17.

He hoped these two institutions would help spur infrastructure development and promote exports.

Ishaq Dar also hinted at next phase of reforms aimed at improvement in the financial sector.

He said that the way people throughout the country have participated in eid celebrations and the economic activity that has been generated manifests enhanced economic prosperity with marked improvement in security situation.

Minister Dar added that complete focus on economic uplift of people and country should be the priority as it would pay more dividends in future.