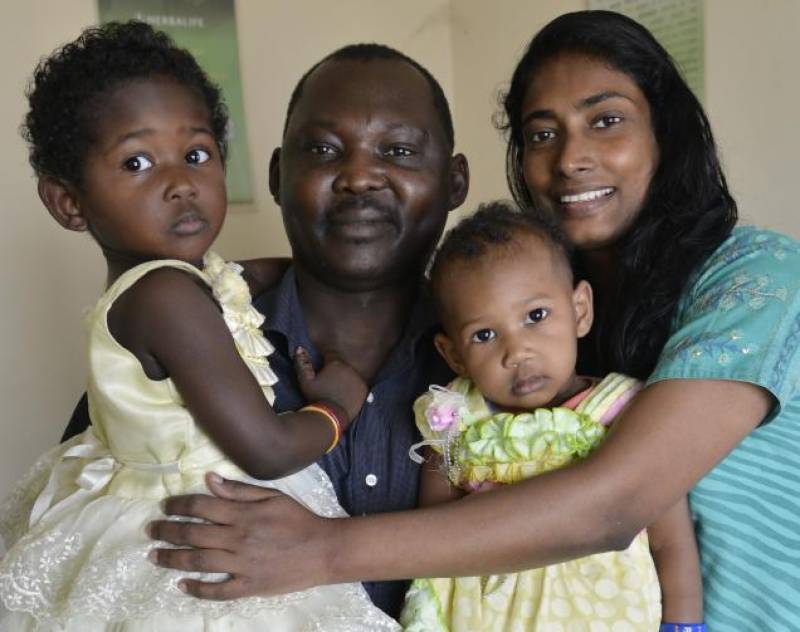 NEW DELHI (APP/AFP) - Congolese student Arnold Mutumbo Muama refuses to be cowed by a spate of racist violence towards Africans in India's capital New Delhi, defiant after a friend was beaten up by security guards at his apartment block.

"The guard called him a 'monster' in Hindi before taking him to the basement and beating him," recalled Muama, 29, who chairs a Congolese welfare association.

Racism against Africans in India was thrown into the spotlight following the brutal stoning to death in May of Congolese national Masunda Kitada Oliver in a dispute over an auto-rickshaw.

Following the attack, African ambassadors in New Delhi threatened to recommend to their governments that they don't send students to the capital "as their security is not guaranteed".

Around 30,000 Africans live in New Delhi, according to police, and they have told AFP of numerous humiliations they face, from insults in the street to housing

discrimination and even violent attacks.

This week, television footage showed police officers in the southern city of Bangalore forcefully restraining a Nigerian woman following an altercation at a market.

She was tied up with ropes before being injected with sedatives. Despite these incidents, IT student Muama believes it is "out of the question to live in fear".

"You have to be aware of your rights," he said.

In Khirki Extension, a bustling set of interlacing streets in the south of the Indian capital long home to a sizeable Nigerian community, prejudices remain on display.

"The way they eat, drink, live... Everything is different," said Inderjeet Singh, a real estate agent who has been in the neighbourhood for 15 years.

"People say they eat street dogs, families fear they cut their children into pieces and eat them," the 53-year-old said.

The number of Nigerians living in the district has dwindled since January 2014, when it was the scene of a crackdown by a member of the Delhi Legislative Assembly Somnath Bharti.

Bharti, accompanied by supporters of his anti-corruption party and night vision cameras, took to the streets to denounce an alleged prostitution and drug trafficking network run by Nigerians and Ugandans.

Bharti attempted to force the police to search several apartments and reportedly ordered four Africans to take urine tests to detect any traces of drugs.

In an attempt to now tackle racist views, foreign minister Sushma Swaraj has promised an awareness campaign in neighbourhoods with large numbers of African inhabitants.

"We are trying to break the communication gap between the locals and our African friends," R.P. Upadhyay, a senior Delhi Police official in charge of the campaign told AFP.

"We are requesting everyone that whenever anything happens, report it to the police."

The death of the Congolese student comes as India is seeking to charm African nations.

Nigerian, Cameroonian and Congolese residents in New Delhi interviewed by AFP say that while they encounter difficulties in daily life, many Indians are open and tolerant towards them.

Congolese student Loic Ipanga, 24, believes the "racist reactions" he experiences are often due to ignorance of Africa.

"It is very shocking that every time an Indian sees you, he asks you if you are Nigerian, thinking that because of my skin colour I must be Nigerian," he says.

"This is sometimes a disturbing issue."

Yet he says he has "very good friendships with Indians, who are willing to get up in the middle of the night to help you".

"We must act like adults -- mature and wise. You cannot lay a hand on anyone," he said.