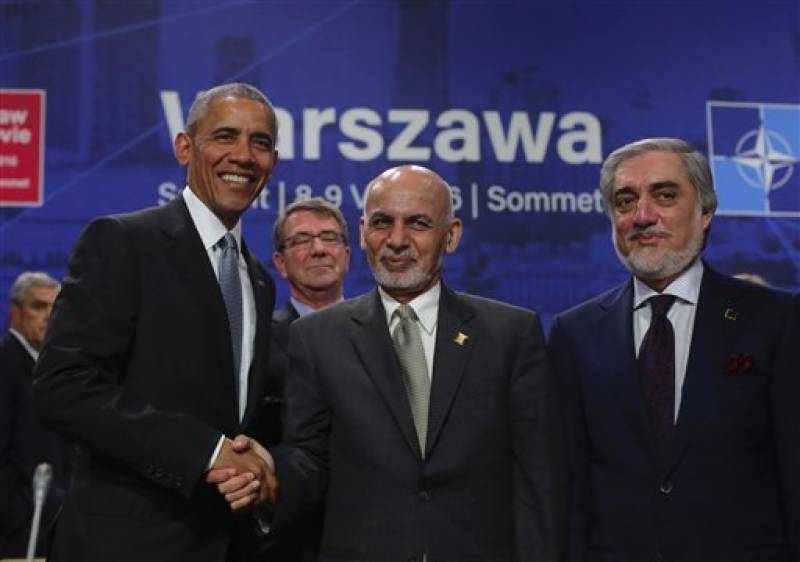 ISLAMABAD: Pakistan on Saturday expressed its disappointment over the remarks of Afghan President Ashraf Ghani at the NATO Summit terming as `unfortunate' the hostile anti-Pakistan statements from Afghan leadership.

"We also expect cooperation of the Afghan government in our fight against terrorism through effective border management and denying sanctuaries to anti Pakistan terrorists from TTP," it said.

The Foreign Office also said that the need of the hour was close cooperation between Afghanistan and Pakistan rather than constant blame game by the Afghan government based on inaccurate assumptions.

He also termed West and NATO for failed Policy towards Pakistan which could not reap fruits in terms of peace in Afghanistan.

However Pakistan Foreign Office has asserted that Afghanistan Government should shun the TTP Sanctuaries in Afghanistan which are  the source of terrorism in Pakistan.

The blame game by Afghanistan will end up in failure of the Afghan Peace Process which is in prime national interest of Pakistan.