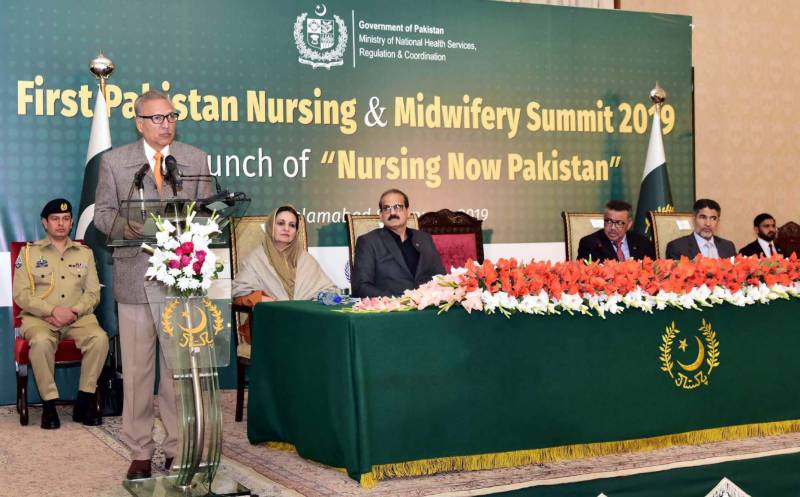 President Dr. Arif Alvi has announced 2019 as the year of Nursing.

Addressing the first Summit of Pakistan Nursing and Midwifery in Islamabad today, he said capacity building of Midwifery is among the priorities of the government to provide better health cover to the people.

He said a Nursing University at a cost of ten billion rupees is being established at National Institute of Health to double the well trained Nursing staff within two years.

The President also launched 'Nursing Now Pakistan' which is part of Global 'Nursing Now campaign' aimed to prioritize the nursing sector and improve nurses` contribution in health sector through provision of an enabling environment.

He said Nursing Diploma course will be replaced by Nursing Degree Programme. Earlier in his address on the occasion, Minister for National Health Services, Regulations and Coordination Aamir Mahmood Kiani said nursing is the backbone of healthcare system.