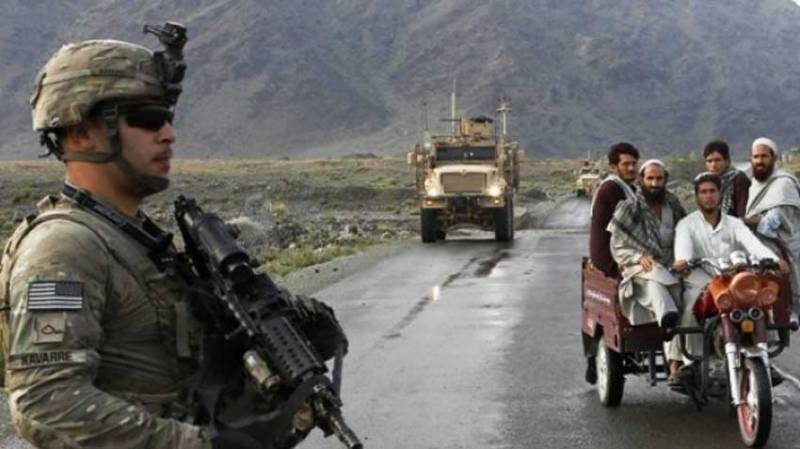 Pakistan has always endorsed every initiative taken for regional peace and stability. The success of Afghan reconciliation process is in the best interest of Pakistan. Trump Administration wants viable solution to Afghan conflict. It is appreciable that Pakistan’s stance has been endorsed by the global community.

Negotiation is the ultimate solution to Afghan issue. Pakistan’s national interest is the priority of incumbent government and Pakistan is in much more stronger position to convey its message to US administration that Pakistan wants peaceful ties with all its neighboring countries including Iran. Pakistan-Iran Gas Pipeline Project is highly beneficial for energy sector. Pakistan has always played an instrumental role in Afghan peace process and we are committed to continue our efforts for regional peace.

Pakistan’s political and military leadership and all the institutions are on one page regarding Afghan peace. The involvement of foreign elements has made Afghan issue more complicated. The incumbent government has taken very wise and practical steps for Afghan peace.

Sustaining peace in Afghanistan is not sole responsibility of Pakistan, Sincere and coordinated efforts of all the relevant stakeholders are imperative for peace. Trump unpredictable policies regarding South Asia region has harmed the Afghan peace process. The Trump administration has finally realized that Pakistan’s support is imperative for peaceful settlement of Afghan dispute.

We have witnessed dramatic shifts in regional politics in recent days. Trump Administration’s policy regarding Afghanistan has shifted to political solution from military solution of Afghan dispute. The US administration has requested Pakistan to facilitate them in Afghan peace process. Pakistan’s stance in this regard is clear that Afghan led Afghan owned peace process is the ultimate and viable solution to Afghan dispute.

India’s unconstructive involvement in Afghanistan is further escalating the situation in Afghanistan. Indian troops are deliberately targeting innocent civilians at LoC and working borders. Pakistan is a responsible nuclear state and believes in peaceful ties with all neighboring countries.

The situation at eastern and Afghan borders of Pakistan is not very pleasant and India habitually targeting innocent civilians at working borders. Fencing of Afghan border is imperative to control terrorist’s illegal movements. Trump’s decision to withdraw forces from Afghanistan will affect the entire region.

Peace in the region is conditioned with peace in Afghanistan. Pakistan is not oblivious of Indian nefarious designs to sabotage peace in Pakistan. Our military and security agencies are always vigilant to counter any external threats. India’s war mongering attitude is a threat to regional peace. Pakistan is heading towards the right direction.

The dynamics of global politics are rapidly changing and it is high time for Pakistan to play an active role in global politics. Pakistan is capable enough to emerge as a prime and leading actor in current global political scenario. The independent foreign policy is conditioned with stable economy.

The great nations always face the hardships gracefully and emerge as global powers. The Trump Administration is seeking Pakistan’s facilitation in Afghan process. It is a great opportunity for Pakistan to develop a perception through effective foreign diplomacy to make Trump administration realize that resolving Afghan dispute would make him the most popular president in the history of United States.

Pakistan is an independent and sovereign state. Prime Minister of Pakistan Imran Khan is pursuing a very effective foreign policy and portraying a positive image of the country worldwide. Pakistan is a peaceful country and we want peaceful ties with all the neighboring countries.

Islamabad wants to maintain good relations with Washington but this relation should be based on mutual respect and equality. Pakistan wants to resolve every regional issue through negotiation. United States should maintain and ensure balance of power in the region. Kashmir is an unresolved dispute and we want solution in accordance with UN resolutions. India should not miscalculate our desire for peace as our weakness.