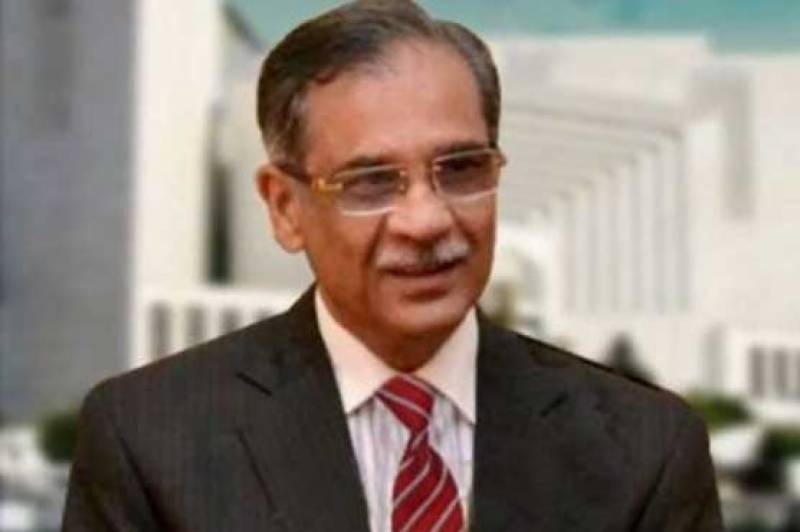 ISLAMABAD - A three-member Supreme Court bench headed by Chief Justice of Pakistan Mian Saqib Nisar Tuesday adjourned the suo moto case pertaining to Pakpattan shrine's land transfer for an indefinite period. The case regarding transfer of thousands of kanals land of the Pakpattan shrine to an individual, Dewan Ghulam Qutab, in 1985 by the then Punjab chief minister Nawaz Sharif, was adjourned on the request of petitioner's counsel Iftikhar Gilani. During the previous hearing, the top court had formed the Joint Investigation Team (JIT) to probe the alleged role of Nawaz Sharif as chief minister in transfer of the shrine's land. The chief justice observed that the documents submitted before the bench showed that Nawaz Sharif as the Punjab chief minister had transferred the Auqaf Department’s land to a private owner. However, Nawaz Sharif apprised the court that he could not remember anything about the matter. The court then constituted the JIT headed by National Counter Terrorism Authority (NACTA) Chairman Khaliq Dad Lak, comprising an official each from the Inter-Services Intelligence (ISI) and the Intelligence Bureau (IB). It may be mentioned that Nawaz Sharif as chief minister had allegedly allotted Auqaf Department's land around the Pakpattan shrine to an individual in violation of the Lahore High Court’s order.