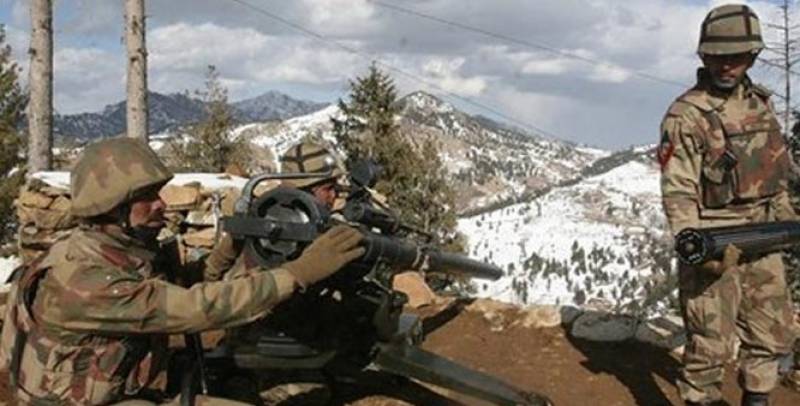 MUZAFFARABAD - A woman was killed and another man injured when Indian army resorted unprovoked firing and shelling on Line of control (LOC) around Athmaqam, district head quarter of Neelum Valley on Wednesday. Deputy commissioner of district Mehmood Shahid said one of the shell fired by Indian army targeted a house killing a woman Sajida BB wife of Dulat Khan, 50 on the spot and hurting another man. Pakistan army retaliated the fire and Indian guns were made silent however schools have been closed in the area and people from the area have been advised to move to safer places, Deputy commissioner added.