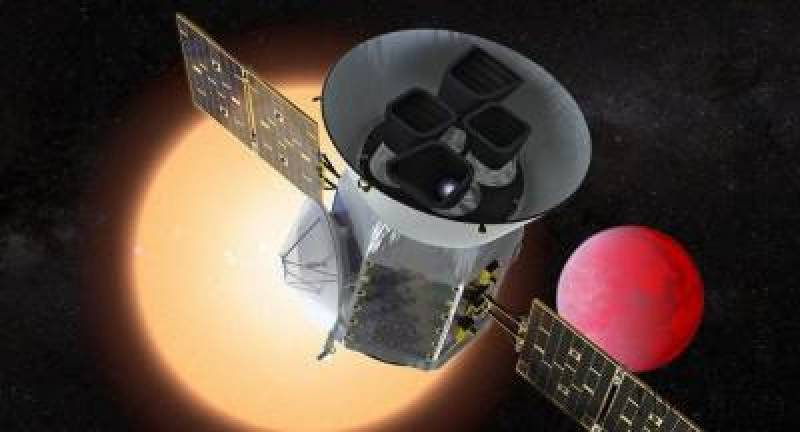 ISLAMABAD The ‘Super Earth’ is among three new planets and six supernovae outside our solar system that have been observed by Nasa’s planet-hunting Tess mission in its first three months.

The discovery of the planets was announced by scientists at the annual American Astronomical Society meeting in Seattle, the Guardian reported.

Since the start of the program in July, the MIT-led Transiting Exoplanet Survey Satellite project has discovered Pi Mensae b, a “super-Earth” which travels around its star every six days, and LHS 3844b, a rocky world with an orbit of only 11 hours.

The latest discovery – an exoplanet called HD 21749b, has the longest orbital period at 36 days. It orbits a bright dwarf star only about 53 light years away in the Reticulum constellation and is thought to have a surface temperature of about 1,650C — a relatively cool temperature considering its proximity to its star.

“It’s the coolest planet we know of around a star this bright. It’s very hard to find small planets that orbit farther from their stars, and are therefore cooler. But here we were lucky, and can now study this one in more detail,” said Diana Dragomir, a Hubble fellow at MIT’s Kavli Institute for Astrophysics and Space Research and the head of the discovery team.