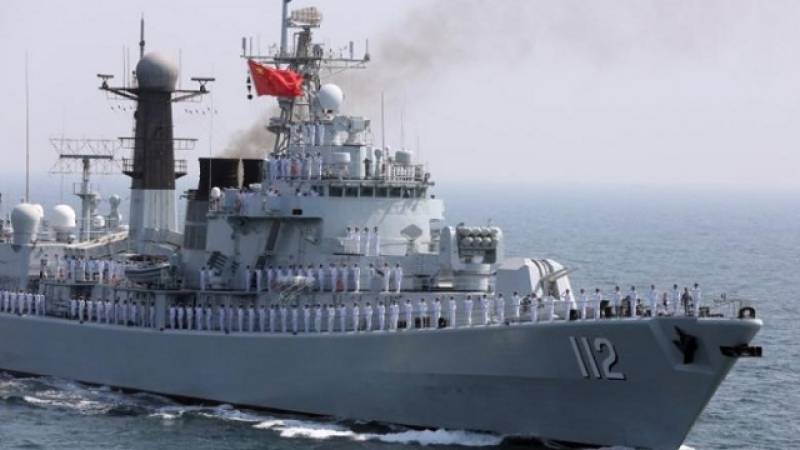 Chief of Naval Staff Admiral Sunil Lanba has said that at any given time, there are six to eight Chinese navy ships in the northern part of the Indian Ocean and that no navy has grown so rapidly in the last 200 years as the Chinese Navy. "They are a force and they are a force which is here to stay."

Chinese have added 80 new ships in the last 5 years.

Two years ago, China commissioned its first overseas facility in Djibouti. The stated aim of Bejing's deployment is to protect their trade from piracy in the region. Lanba said China has deployed submarines for anti-piracy operations "which is the most unlikely platform to be used for this role. "

A Chinese submarine deployed in the Gulf of Aden since April 2015 undertook replenishment at Karachi in May and July of 2015, by transit through international waters.