All set to host national conference in Mirpur on Jan 9 on UN report on human rights abuses in IOK
9 Jan, 2019 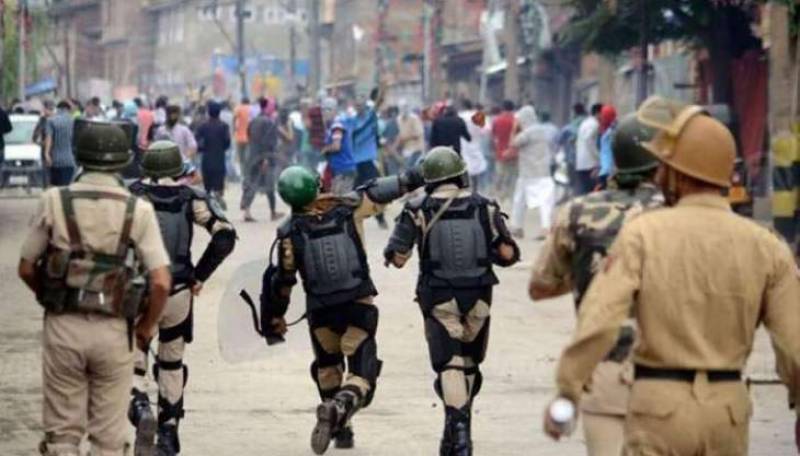 It is aimed at to promote the protection of Kashmiri youth and deterioration of peace in the bleeding valley of Indian occupied Kashmir", organizers said.

‘’AJK President Sardar Masood Khan will be the chief guest on this occasion”, a spokesman of Mirpur University of Science & Technology said while talking to APP here.

Unveiling the concept of the scheduled grand national congregation on Kashmir, the spokesman said that Prof

had recently released the first ever report on violation of Human Rights in Indian Occupied Kashmir which has been experiencing extensive Human Rights violations at the hands of Indian Military.

These violations have been neglected by the International Community for a lone time. The UNSC resolution 39 established the United Nations Commission for India and Pakistan. Whereas, resolution 47 mandated the Commission to facilitate free and fair plebiscite. But all these approaches failed due to the Indian non-compliance. Since then, the intensity of violence against Kashmiris by the Indian military has increased manifolds.

APP’s AJK Correspondent Altaf Hamid Rao understands that the prime objective of hosting the conference is to promote the protection of Kashmiri youth and prevent deterioration of peace in the valley. How India is using "termination of Kashmiri youth policy’ to underline future resolution of Jammu & Kashmir issue, is an important question to investigate?

As a result, India through its active milita1Y and security occupation has managed to impose a combination of demographic and societal changes, which, in turn have become central to flout all international norms and UNSC resolutions — thus upsetting the basic global Human Rights structure and international law.

The Human Rights violations in Indian Occupied Kashmir, highlighted by the "Repon on the Satiation of Human Rights in Kashmir by Office of the United Nations High Commissioner for Human Rights" are: Lack of justice and impunity, Administrative detention, Excessive use of force and torture, Killing of civilians, Use of pellet-firing shotgun, Arbitrary arrests and detention, including children,Forced disappearances, Restrictions on the right to freedom of expression, Reprisals against Human Rights defenders and restrictions on journalists and Violations of the right to education and health and Sexual violence.

It may be added that this is the first ever report on Human Rights violations in Kashmir. Despite the systematic atrocities committed by Indian government, highlighted in this report, it did not receive the due attention of Media, Civil Society and International Human Rights Organizations. Hence, it is imperative that the Human Rights violations highlighted in this report shall be given due importance. India is also orchestrating the demography of Kashmir to manipulate the future plebiscite.

This is evident from attempts to abrogate Article 35-A of the Indian Constitution that allows the Jammu-Kashmir assembly to define pennant residents of the state, giving property to non Kashmiri industrialists and the establishment of Sainik colonies. The surge of Hindu right has also created concerns regarding the rights of Kashmiris in the valley. The Muslim population is threatened by these rightist groups.

Research Questions to be brought in discussion in the scheduled moot included “How the UN Kashmir report will impact the Human Rights laws?, 2) What are the similarities of Indian Occupied Kashmir with East Timor? 3)

What role can the civil society play in highlighting the acts of Human Rights violations in Indian Held Kashmir? 4)

This conference brings together academics, university students, and media organizations.