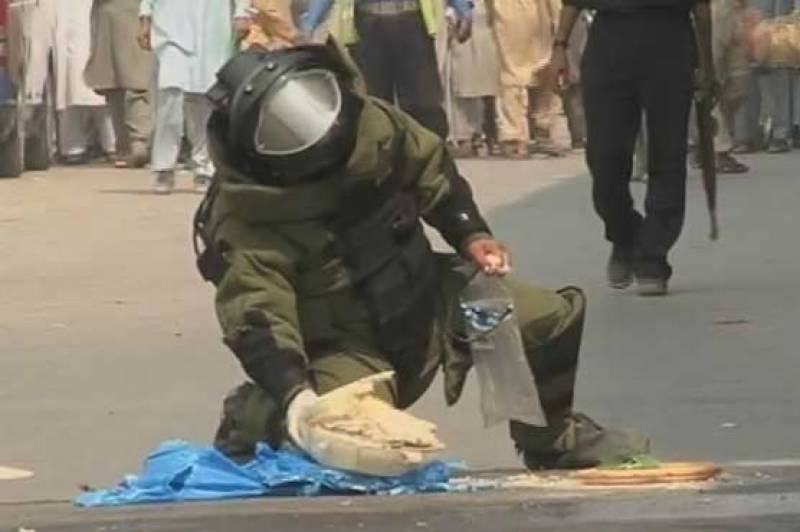 Police foiled an attempt of terrorism and defused a fifteen kilogram bomb in Karkhano Market Peshawar this morning.

The bomb was planted in a cart.

Had the bomb exploded inside the busy market it could have played havoc and resulted in a large number of deaths.

The bomb was diffused by the Bomb Disposal squad.