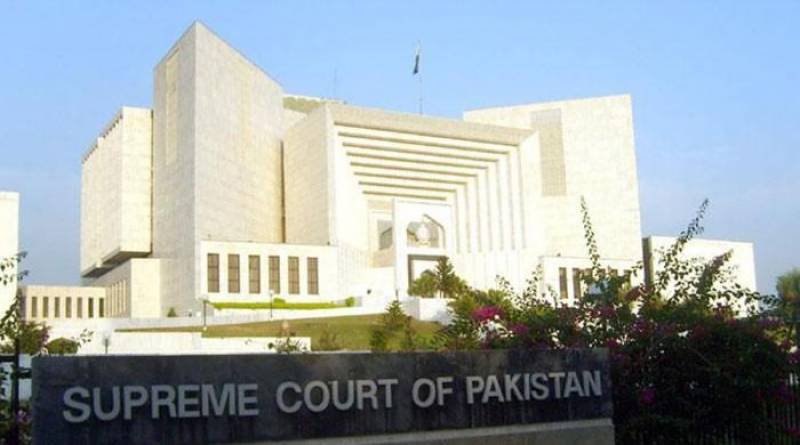 ISLAMABAD: (APP) Justice Sheikh Azmat Saeed on Monday told Pakistan Tehreek-e-Insaf's (PTI) lead counsel Naeem Bukhari he had not answered any of the legal questions posed by the court.

Justice Azmat remarked that he was asked 16 legal questions and he answered none of them. He was needed to satisfy the court instead of media, he added.

Why did Imran Khan refuse media talk after Panama Case hearing in court?

Justice Asif Saeed Khosa, in his remarks, said the PTI counsel was probably in a haste to get the case concluded, but before that he was required to satisfy the court.

Naeem Bukhari told the court that the London flats were bought in Maryam Nawaz's name between 1993 to 1996.

At the time of the transaction, she was underage and had no source of income, he stated.

Justice Khosa pointed out that the burden of proof was on the PTI since they had the evidence. It was the party's responsibility to show how the companies were purchased and where did the money come from, he added.

The judge also advised that a document in this regard should be submitted to the apex court.

He remarked that if the property belonged to the Qatari family then there was no question of money transfer.

Justice Azmat observed that the Sharif family had declared offshore companies in 2006.

Justice Gulzar said there was no objection if transactions were done through banks.

The hearing of the case was adjourned till Tuesday.