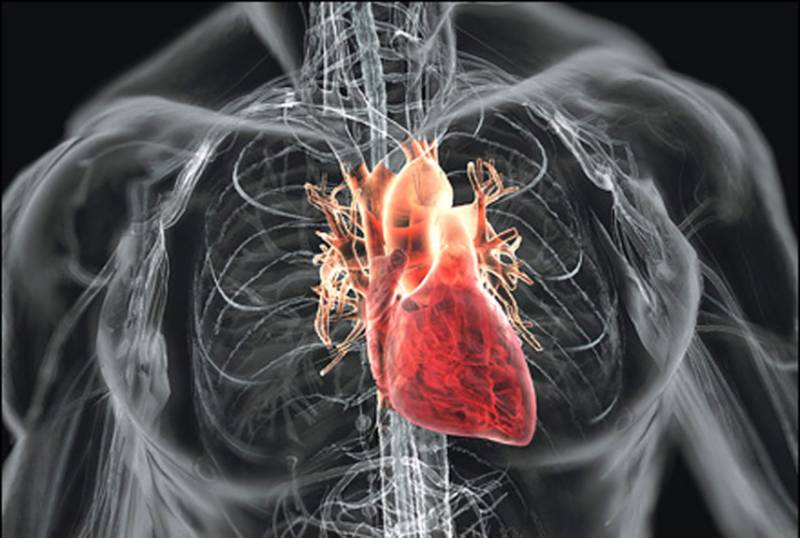 ISLAMABAD (APP): In a first, scientists have found a way to control the behaviour of heart muscle cells using laser radiation - paving the way to develop better understanding of the heart's mechanisms to treat conditions like acute arrhythmia which is responsible for causing one in eight deaths globally.

"Right now, this result may be very useful for clinical studies of the mechanisms of the heart and in the future, we could potentially stop attacks of arrhythmia in patients at the touch of a button," said study co-author Konstantin Agladze from the Moscow Institute of Physics and Technology.

In order to study the heart disorder, Agladze's team created "arrhythmia in vitro", using azoTAB (azobenzene trimethylammonium bromide) whose molecule consists of two benzene rings connected by a bridge of two nitrogen atoms, said the study published in the journal PLOS ONE.

The team "taught" the azoTAB molecules to control cardiomyocytes so that one configuration did not prevent voluntary contractions (passive), and the other (active) "deactivated" contractions.

Using a device similar to a projector, but with a laser instead of a lamp, the scientists created at each point the required concentration of the active form of azoTAB.

This enabled them to control the cardiomyocytes in each specific point of the heart. The experiment, showed that the effect of azoTAB on a cell is reversible.

This means that the results of the experiments can be used in research and clinical practice, which could potentially lead to an effective treatment for arrhythmias.