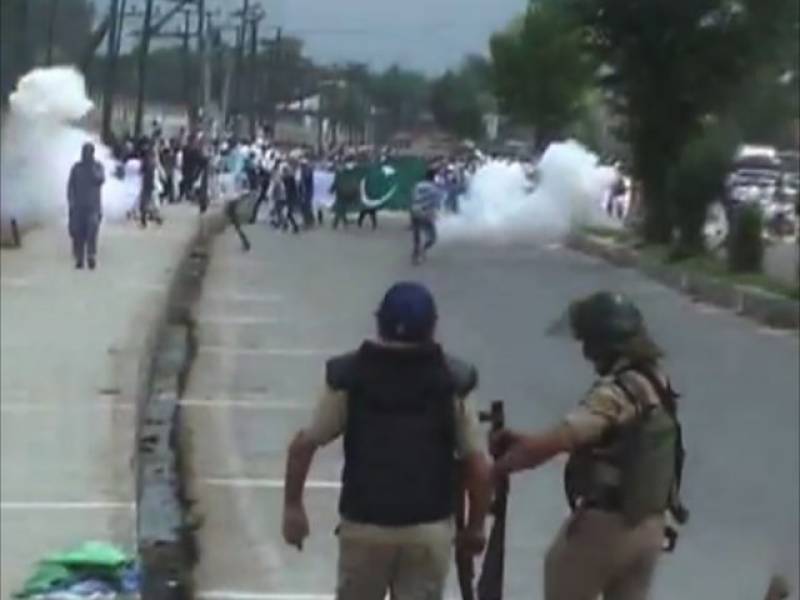 MUZAFFARABAD: (APP) The delegation from European and Canadian parliaments demanded the United Nation (UN) to implement its resolution on Kashmir and give the right to of self-determination to Kashmiri people.

Mr.Kan Stone member Executive Board Alliance for Peace, while speaking the function expressed his grave concern for using of pellet guns against unarmed Kashmiri people by Indian forces and harassing people in the cover of draconian laws like POTA.

He condemned the Indian rulers for not respecting the commitments which they have made in UN with Kashmiri people to give them the right of self-determination.

Miss Joli Watt member European parliament speaking on the occasion said that UN should play its role in resolving Kashmir issue and world community should move forward to play their role in averting tension between India and Pakistan and settle the Kashmir conflict as per wishes of the Kashmiri people to ensure durable in the South Asian region.

She expressed her severe concern over the gross human rights violations in IHK continued by Indian forces and brutal killings of Kashmiri people.

Dr. Zaffar Bangish Executive Director Crescent International Canada emphasized upon India to implement the UN resolutions and give the opportunity to Kashmiri people to decide their future in order to ensure permanent peace in the region.

He called upon the UN and world Community to come forward and address the sensitive issue and said that peace in the region is at stake due to the Kashmir dispute and stressed upon world community that now the time has come to settle down the issue through peace parleys between India and Pakistan while the Kashmiri people should be taken into confidence he added.

Pakistan not behind Kashmir uprising

Dr. Zaffar stressed upon the youth to highlight the Kashmir issue and Indian atrocities on social media and seek the world opinion in favour of struggling Kashmiris.

Dr.Faiz ur Rehman Faculty of Kashmir Studies earlier briefed the delegation on the ongoing situation in Kashmir and its social, political and geographical phenomenon.

Mr. Kan Stone raised shame India shame slogans during his speech and the participants fully responded the slogan. Later question answer session was also held after the culmination of the function.