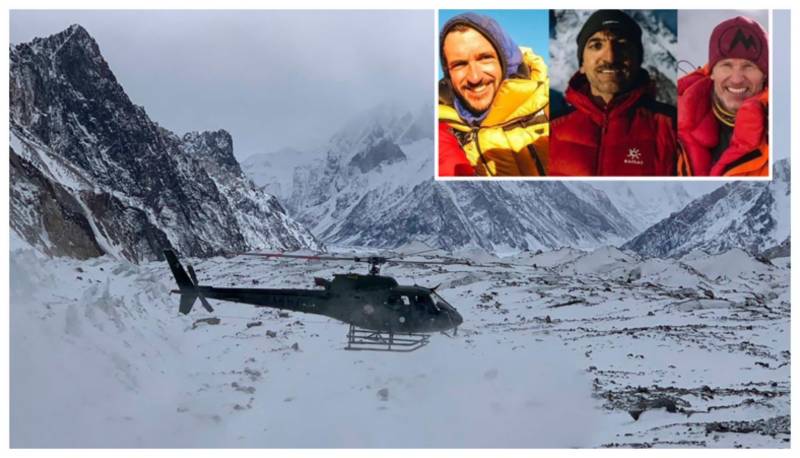 According to the sources, the search and rescue mission for the three missing mountaineers will continue today once the weather improves and all resources at the disposal of the military have been mobilised.

Air and ground efforts are being utilised as the search and rescue mission enters the fourth day, acknowledging that due to the high altitude and extreme weather conditions, the search mission was facing difficulties.

Alpine Club of Pakistan claimed that the rescue teams during their search operation found evidence at a few places including possible traces of a camp and sleeping bag.

Earlier on Monday, a special forward-looking infrared (FLIR) mission by a C-130 aircraft was planned. However, the FLIR cannot operate at that altitude and temperature

Nepalese mountaineer Chhang Dawa Sherpa also updated the current operations in a Facebook post, he wrote, "Army Aviation 5 squadron started the operation. We had less visibility as the upper mountain is covered in clouds."