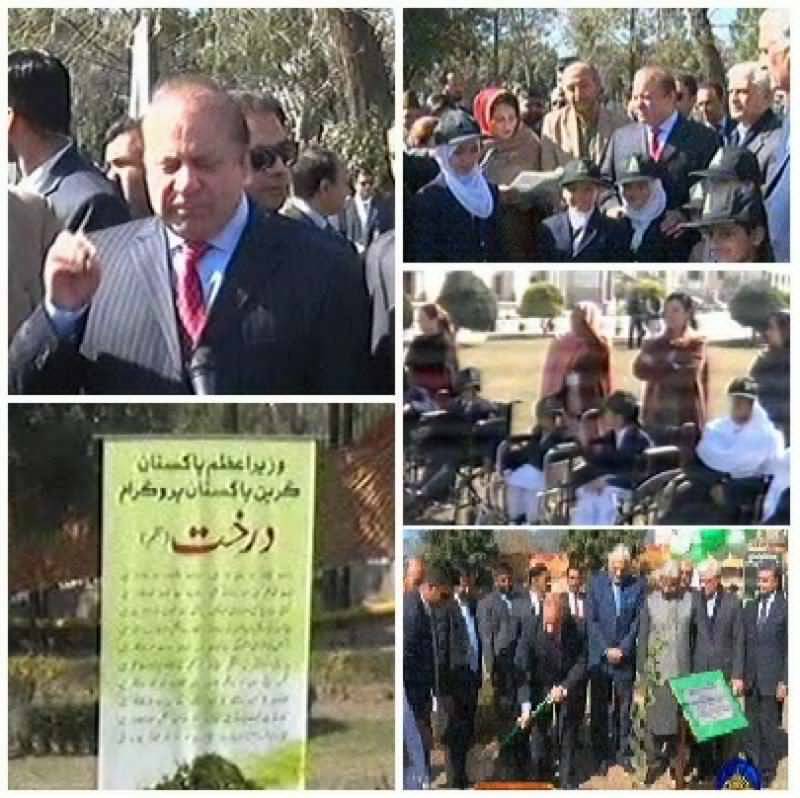 Prime Minister Nawaz Sharif inaugurated the National Green Day by planting a tree along with special children at Prime Minister Secretariat in Islamabad on Thursday.

Speaking on the occasion, the Prime Minister said one hundred million trees will be planted during the next five years.

He said all provincial Government departments, elected local leadership as well as students and civil society organizations have been directed to take part in the national plantation of hundreds of thousands of "indigenous and local" tree species.

He said this day will be celebrated every year as the extensive cutting down of trees has adversely affected the climate.

The Prime Minister said the Government will strictly monitor the implementation of Green Pakistan programme.

Later, he had photos with the special children and wished them health and prosperity.