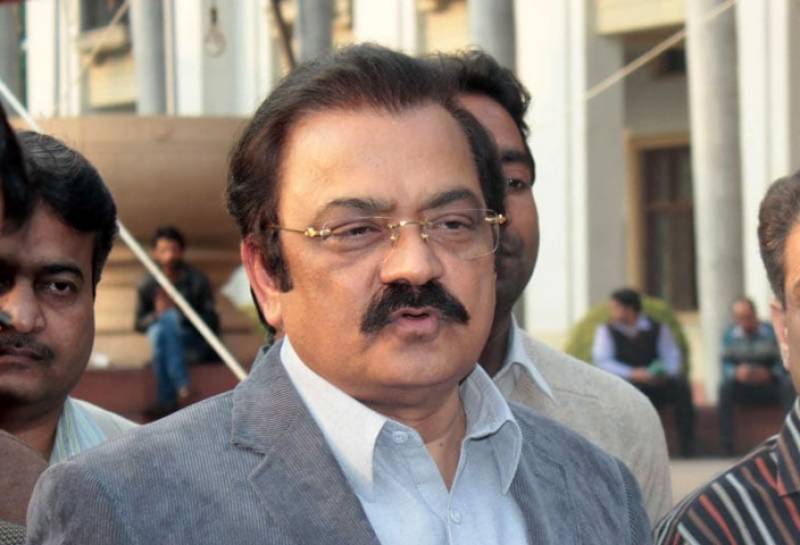 He hinted that former prime minister Nawaz Sharif will soon return to Pakistan, adding that the result of the upcoming general elections will give a welcome reception to Nawaz Sharif.

He reiterated that general elections will be held in October 2023. He said that PML-N’s strong candidates will contest the elections.

The minister said that PTI chief Imran Khan hurled fake allegations at Premier Shahbaz Sharif. While talking about an apology tendered by the British publication “Daily Mail”, he said that Daily Mail failed to provide proof five times, and later it admitted its mistake. He said that Khan’s real face has been exposed before the nation.

The minister said that Khan is a watch thief but he used to publish fake news of corruption against Prime Minister Shahbaz Sharif. An apology from the British tabloid “Daily Mail” is proof that Khan was the mastermind of that propaganda.

He said that Khan used Daily Mail to blackmail Shahbaz, adding that Khan is unable to show his face to anyone after this humiliation. It has been proved that Khan is a liar, he said. He said that according to the constitution a liar and thief can not become a leader. He suggested the PTI leaders should remove Khan from the seat of chairman and appoint any noble person.

On the other hand, former prime minister and PML-N leader Shahid Khaqan Abbasi has said that PTI chief Imran Khan is a liar.

He said that an apology from the British publication “Daily Mail” has confirmed that Prime Minister Shahbaz Sharif was not involved in any corruption, adding that it has also revealed Khan’s propaganda.