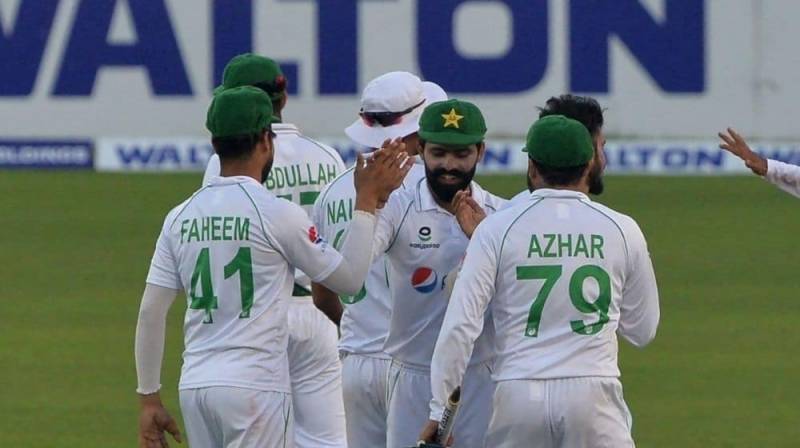 Pakistan achieved a unique feat as they registered a thumping victory in the second Test match against Bangladesh. Pakistan became only the fourth team in Test cricket history to win the match by an innings after scoring 300 or less runs.

The previous occasion that a team achieved such a feat was in 2016 when England defeated Sri Lanka by an innings and 88 runs after scoring only 298 runs in their first innings.

The Men in Green registered a remarkable victory despite the majority of the Test match being affected by persistent rain and bad light. A total of 214 out of 450 overs were possible over the course of five days but Pakistan still managed to defeat the Tigers with a few overs left on the final day of the Test match.

Pakistan batted first and scored 300/4 before declaring in the second session on day four of the match. Four Pakistani batters, Azhar Ali, Babar Azam, Fawad Alam, and Mohammad Rizwan scored half-centuries in the innings. Pakistan was only allowed to bowl spinners at the start of Bangladesh’s first innings due to bad visibility. The spin attack did the trick as Sajid Khan traumatized the opposition’s batting unit, picking up 8 wickets as hosts were bowled out for 87.

Pakistan enforced the follow-on on the fifth day in search of a victory. Bangladesh’s top order faltered once again this time at the hands of Shaheen Afridi and Hasan Ali before the off-spinner Sajid Khan came back to haunt them once again. With only a few overs left in the day, Pakistan managed to bowl Bangladesh out once again and register a monumental victory by an innings and 8 wickets.