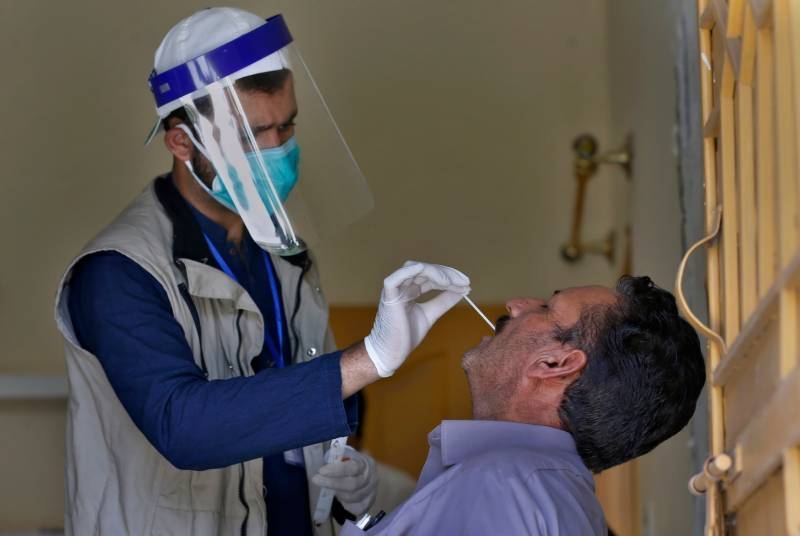 ISLAMABAD – Pakistan confirmed on Thursday its first case of the new omicron Covid variant in an unvaccinated elderly citizen of Karachi, officials said.

Report of *Dawn *quoting sources said a case of a new variant of COVID-19, which is said to be more contagious, was confirmed by health officials of a private hospital in the country’s largest metropolis.

The 65-year-old has been discharged from the medical facility and is currently quarantined at home, the notification from the District Health Office in Karachi's East district cited.

Initial reports suggest that the woman does not have a travel history while the rapid response team was informed for tracing, testing, quarantining, vaccination, and other preventive measures to control the spread as per the guidelines of the country’s top monitoring body on novel disease.

The officials also contacted the woman's family to take a detailed history and trace her contacts. Meanwhile, two of the woman's relatives also contracted Covid but do not have the new variant.

The new Covid variant, which was first surfaced in South Africa, has been detected in more than 38 countries but there are no reported deaths so far from the new strain.

The World Health Organization designates Omicron a "variant of concern." In a technical brief released this week, WHO noted that the variant poses a "very high" global risk. The variant was first identified by scientists in South Africa and has since been detected in several countries.

Meanwhile, NCOC officials are urging people to get vaccinated against Covid-19 or get a booster if they're eligible. Other measures such as masks, handwashing, physical distancing, and ventilation will still work against the Omicron variant.

On Wednesday, Pfizer and BioNTech announced that their vaccine is still effective in preventing the infection against Omicron however they warned that the new variant is probably not sufficiently neutralized after two doses.

A booster third dose generated around the same level of antibodies against Omicron as is seen after a second dose with the initial strain.