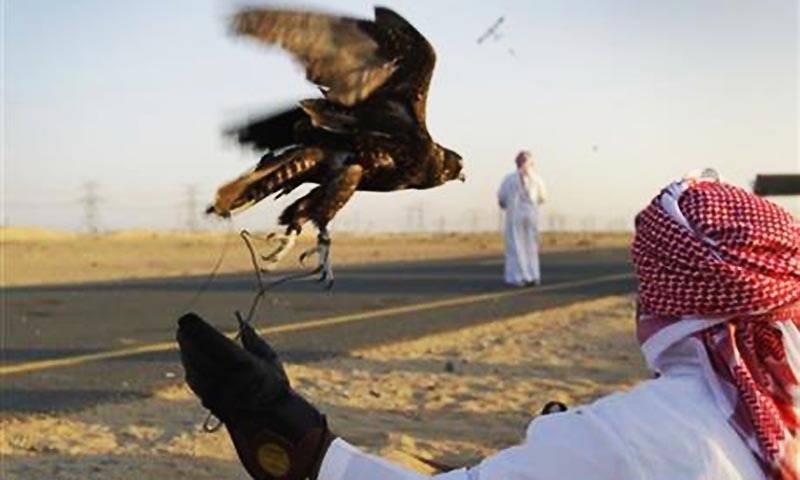 *ISLAMABAD - A **Qatari Royal family member has been arrested in Balochistan along with six other Qatari nationals for illegal hunting.*

The arrested foreigners neither had a license nor a no-objection certificate, according to Nushki Deputy Commissioner Abdur Razzak Sasoli.

The arrestees also include members of the Qatari royal family.

Meanwhile, a Qatari national submitted a challan worth $131,000 for hunting houbara bustards and falcons.