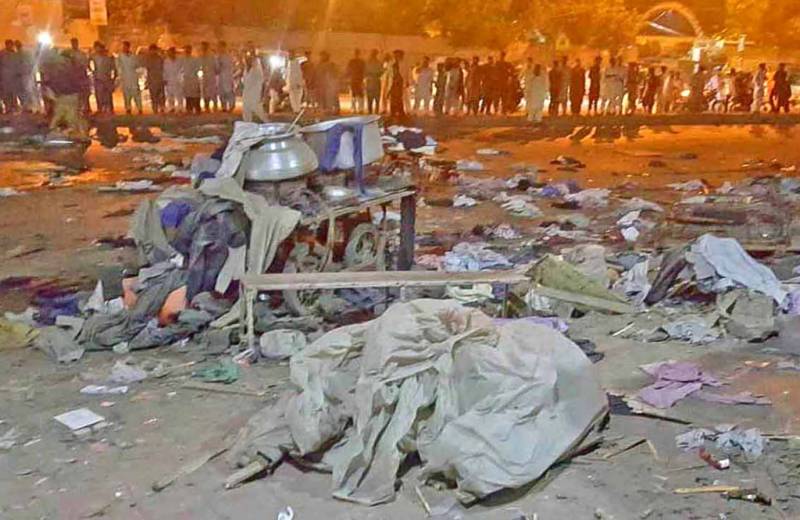 KARACHI:Six persons, including a woman, were injured in a cracker blast in Gulistan-e-Johar area of the city on Saturday night, rescue officials said.

An Edhi volunteer said five to six people sustained injuries in the blast near Perfume Chowk in Gulistan-e-Johar.

The injured were shifted to a private hospital, he added.

According to hospital administration, the injured were identified as Samina, Shehryar, Babar, Hasan, Faizan and Ahmed.

The blast occurred near a Mehfil-e-Milad organised by the Muttahida Qaumi Movement-Pakistan (MQM-P). Rehan Hashmi and other party leaders talking to reporters condemned the explosion and demanded action against culprits.

Police and Rangers reached at the spot and cordoned off the site. While bomb disposal squad officials were collecting forensic evidence from the incident site.

Inspector General of Police (IGP) Sindh Dr. Kaleem Imam has sought a report from the Senior Superintendent Police (SSP) East into the incident.