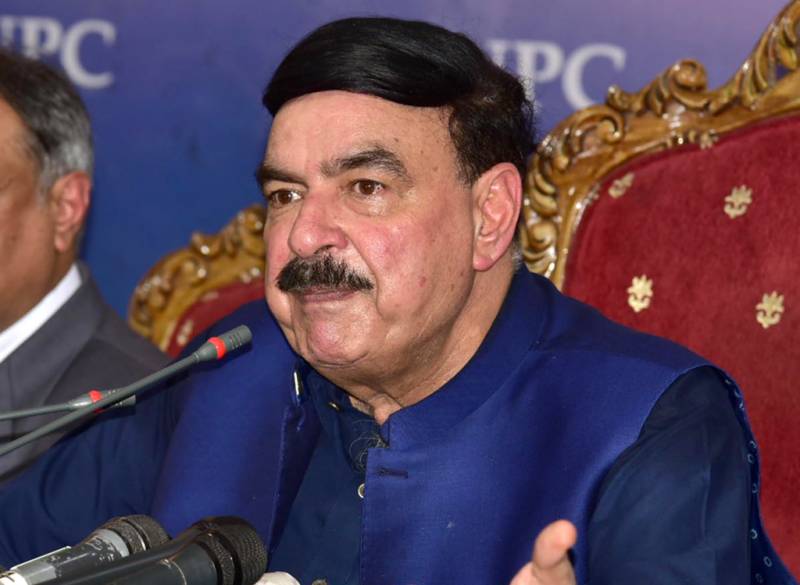 Addressing a press conference here, he said the railways had earned Rs.261.20 million in the first week of December 2017. He said the department had saved 650,000-litre fuel despite starting 20 new trains during the last three months.

He thanked people for expressing their trust in the railways and said that all tickets till Dec 21 from Lahore to Karachi had been sold out and now no ticket was available.

The minister said Rehman Baba Express train between Peshawar and Karachi via Rawalpindi, Wazirabad and Faislabad would be launched on December 23, which would complete its run in 26 hours.

He said two container trains would soon be introduced and preparations in this regard were under way. The minister said it had been decided to open pharmacies and small tuck shops at big railway stations of the country.

He said the railways wanted to lease 1000 sites for establishment of petrol pumps and it was awaiting the decision of the Supreme Court, which was expected on Dec 24.

He said all seven locomotive sheds were being computerized for improvement in performance of the locomotive sheds. He said an Information Technology (IT) group was being established at railway division level on the direction of the prime minister.

The minister said a rescue railcar between Lahore and Rawalpindi could conditionally be operated in case of expected motorway blockage due to fog during the winter season.

To a question about increase in the fare, he said that railways were charging Rs.1350 from Peshawar to Karachi which was equal to the road fare between Lahore and Rawalpindi.

He said after introducing 10 new trains, now rakes of all trains would be improved. He said that decision about the MainLine-1 (ML-1) would be finalised before Dec 31, and it had planned to upgrade ML-II and ML-III within few years.

He said that tenders were being published regarding reduction of curve between Gojar Khan and Jhelum on Build-Operate-Transfer (BOT) basis.

“The distance will be reduced from 59 kilometres to 19 kilometres in result of which one hour travel time will be decreased between Lahore and Rawalpindi,” he added.

He said that private parties were also interested in freight trains and approval had been granted in this regard.

To a question, he said the current regime was focusing on planning while in the past, focus remained on purchasing. He urged Prime Minster Imran Khan to upgrade the scale of labours in the railways.

To a question about the locomotives purchased during the previous government, he said that condition of those locomotives was not good even though these locomotives had been purchased on higher prices. “We would not purchase any locomotive and operate the railways by repairing the old engines,” he clarified.