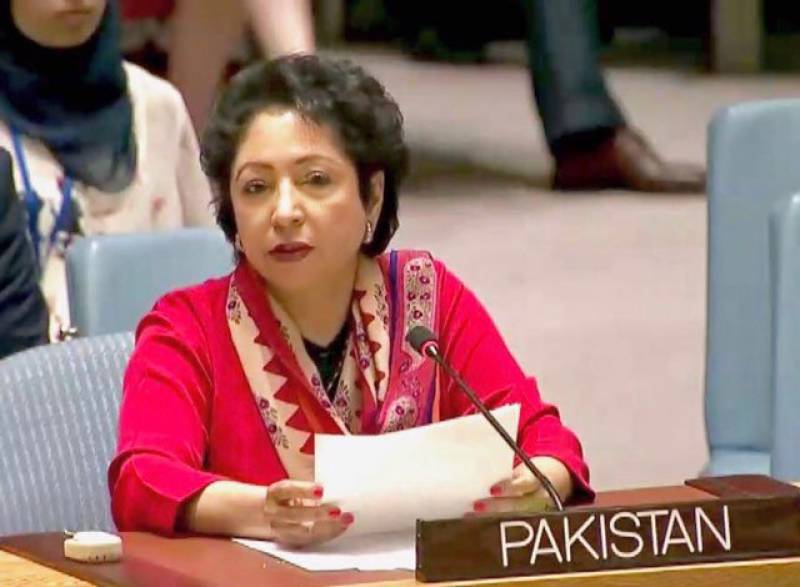 UNITED NATIONS – Pakistan has called for a diplomatic surge in the peace process in Afghanistan, reminding the world community that Prime Minister Imran Khan had long advocated a political settlement to end the brutal war.

Speaking in the UN General Assembly on Thursday, Ambassador Maleeha Lodhi pointed to international consensus around the notion that a negotiated settlement was the only way forward and to the willingness of the Afghanistan Government to pursue such a settlement was a positive step forward.

The decision by the United States to engage in direct talks with the Taliban was another positive development, she said, adding that Pakistan will support those talks.

“For close to two decades, Pakistan’s Prime Minister Imran Khan has repeatedly declared that the war in Afghanistan can be brought to an end only through a negotiated political settlement,” the Pakistani envoy told the 193-member Assembly during a debate on the situation in Afghanistan.

“We are gratified that this is now the universal position,” Ambassador Lodhi said while pointing out that violence in Afghanistan had escalated sharply.

“Sustainable peace requires an endorsement of all regional partners,” she said, referring to the efforts being made by Russia, China, and other regional states to promote engagement and dialogue with and among the Afghan parties.

“The challenge that lies ahead is translating this sentiment and recent developments into a serious and sustained peace process,” she said, adding, “A diplomatic surge is needed to seize this opportunity.”

“While the onus for seizing this opportunity rests on the parties directly involved in the Afghan conflict, Pakistan, for its part, will do what it can to support all efforts to launch a sustained peace process.”

In her remarks, Ambassador Lodhi also said the people of Afghanistan have experienced violence and turmoil that undermines national and international peace and security.

Citing independent reports, she said the areas under Taliban control or influence have enlarged further. Civilian and military casualties have mounted, caused by insurgent attacks and coalition air strikes.

But she said the global community had remained steadfast in its support for the Afghan people; Pakistan too had suffered from the situation in Afghanistan.