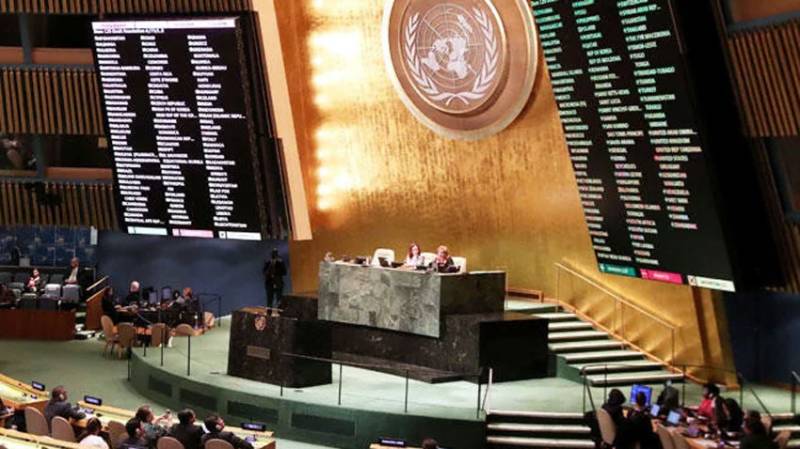 The Organization of Islamic Cooperation has welcomed the UN General Assembly’s adoption of a draft resolution submitted by the Republic of Ireland on the need to achieve a lasting and comprehensive peace in the Middle East based on the UN resolutions.

OIC Secretary-General Dr. Yousef bin Ahmed Al-Othaimeen in a statement has appreciated the principled positions of the overwhelming majority of the world’s countries that supported the draft resolution.

The General Assembly on Friday overwhelmingly approved the Irish resolution by a vote of 156-6, with 12 abstentions.