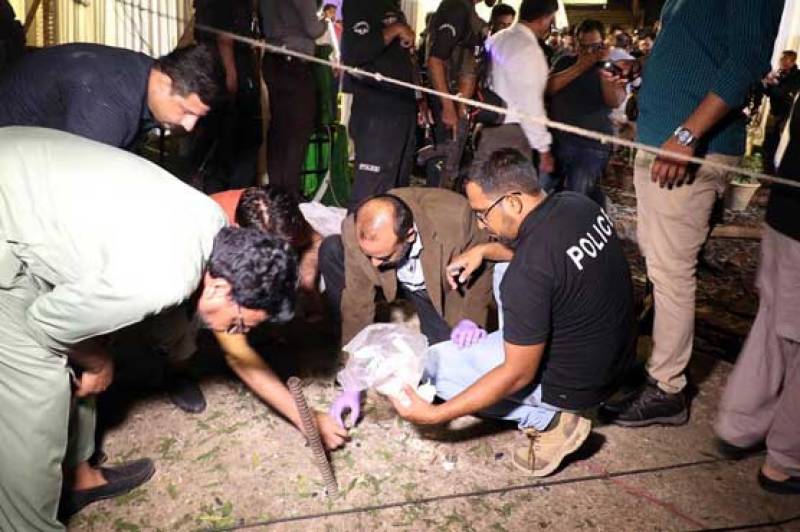 KARACHI – Investigations have revealed new developments in the Karachi blast on MQM gathering.

The BDS officials visited the bomb site and revealed that the a low intensity improvise explosive device (IED) was exploded in the ‘Mehfil-e-Milad’ event.

Around 250 to 300 grams of explosive material was used in the device.

Talking to media during his visit, Syed Kaleem Imam said that such incidents aimed to disturb Karachi’s law and order situation.