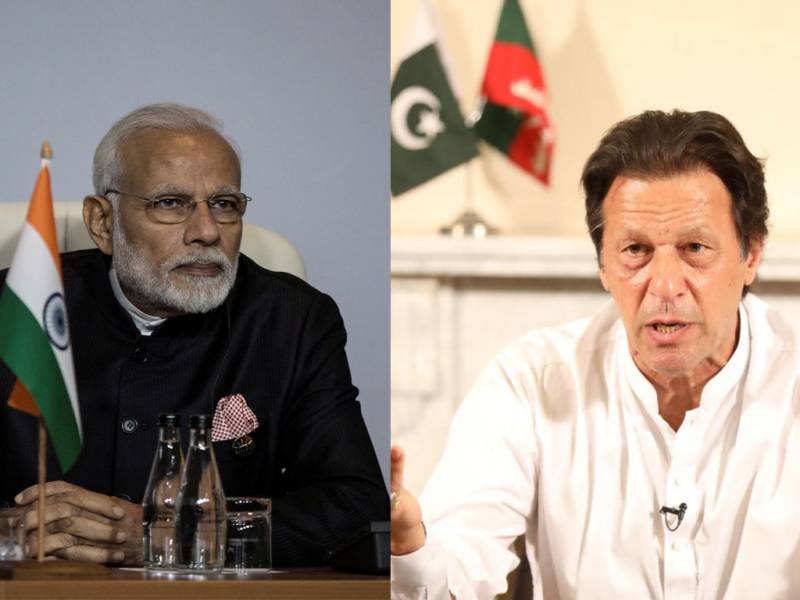 ISLAMABAD: The Modi’s government should respond positively to Prime Minister Imran Khan’s offer of peace gestures to resolve all the outstanding issues, instead shying away from the peace initiatives and clinging to its failed policies.

In a detailed write up uploaded in the upcoming magazine edition of ‘India Today’, a leading Indian newspaper, a writer called upon the Indian government not to underestimate PM Khan’s capabilities. The writer said as a cricketer, Imran Khan was lauded for his fearlessness.

“What made him one of the greatest all-rounder of the game was not just his ability to take big risks but also, as captain of the Pakistan team, pull off impossible victories,” he said, referring to the 1992 World Cup, in which Pakistan team was the underdog, but despite a shoulder injury, Imran came roaring back and led his team to a famous victory, the first and only time that Pakistan lifted the World Cup.

“The moral of the story: never underestimate Imran Khan.” He said those who had done so have paid a heavy price.

Nawaz Sharif in his third term as prime minister of Pakistan did that as did Asif Ali Zardari when he was president of Pakistan. “Now, the two most important families in Pakistan the Sharifs and the Bhuttos find themselves in the political wilderness facing serious corruption charges,” he added.

On the other hand, Imran Khan has been an elected prime minister. When Imran Khan took over as Pakistan’s political captain this August, team Modi had made a similar miscalculation. They assumed the new prime minister would be weighed down by the country’s dire economic woes and foreign policy issues, he added.

The piece of writing recognized that India failed to realize that it has to deal with a new political entity in Pakistan. To Imran’s assertion that he was willing to take two steps forward, for every one that India took to improve relations, was also mishandled by the Modi’s team.

The writer noted that calling off the talks by India between Pakistan’s foreign minister Shah Mehmood Qureshi and Indian external affairs minister Sushma Swaraj on the sidelines of the United Nations General Assembly was not a good attempt. “The reasons India gave for first accepting the talks and then summarily cancelling them, were widely regarded as unconvincing and incoherent,” the writer added.

The writer further said Prime Minister Imran Khan also surprised India when Qureshi informed that they would be holding a formal groundbreaking ceremony at the Kartarpur gurudwara on November 28, to build a corridor connecting it to the Indian border facilitating the Indian Sikhs to visit without a visa.

Pakistan also invited diplomats from different countries to attend, besides, foreign as well as Indian journalists (including this writer), he added. The function itself was sublime. The Kartarpur corridor was regarded as the single-biggest peace initiative; he observed and credited Prime Minister Khan for taking the historic step.

The writer further noted that when Imran Khan took over in August, he inherited an economy in a shambles. Pakistan was steeped in both internal and external debt and was running a fiscal deficit of over 6 per cent. With the vast majority of youth seeking jobs, Imran’s number one focus was on addressing the country’s economy.

The writer said on Kashmir, India finds itself on shaky ground and Modi government’s overreliance on security forces to keep Indian occupied Kashmir (IoK) under control was not paying off, as use of military force was no solution.

He further said since Imran had invited Modi to restart the SAARC process, the Indian government should respond to it in positive. He stressed that on Kartarpur, the Indian High Commission, should take initiative by working out the modalities of the visa-free regime.