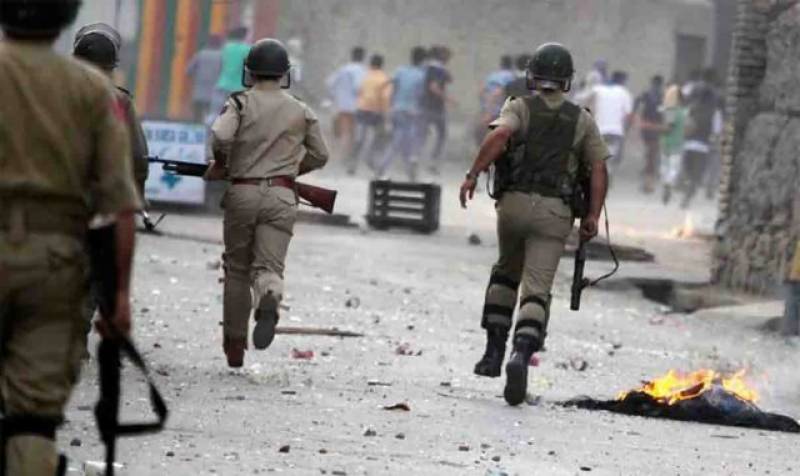 The youth were martyred during an cordon and search operation jointly launched by Indian army. The troops also blew up five houses during the operation.

The killings triggered massive anti-India protests in Mujgund and adjoining areas of Srinagar city. Announcements were made through loudspeakers of the mosques asking people to come out of their houses and protest against the operation.

Several people were injured when the troops opened fire on the protesters. The authorities suspended internet services. Earlier, five troops were injured in an attack in the same area.

Call for the strike has been given by Joint resistance Leadership to draw attention of world towards gross human rights violations committed by Indian troops in the occupied territory.

In a statement in Srinagar, Chairman Tehreek-e-Hurriyat Jammu and Kashmir, Mohammad Ashraf Sehrai expressed serious concern over the plight of Kashmiri detainees in jails.

He said UN has failed to stop serious violations of human rights violations by Indian forces in Kashmir.

The activists of Awami Action Committee held a candlelight protest at Ahmad Nagar in Srinagar.

Kashmir Chamber of Commerce and Industries also held a protest at Srinagar’s Press Enclave ahead of international human rights day.

Kashmir Council-Europe organised a seminar in connection with Human Rights Day in Brussels. Speakers called for implementation of demands containing in latest report of the United Nation High Commissioner for Human Rights on the issue of rights abuses in occupied Kashmir.