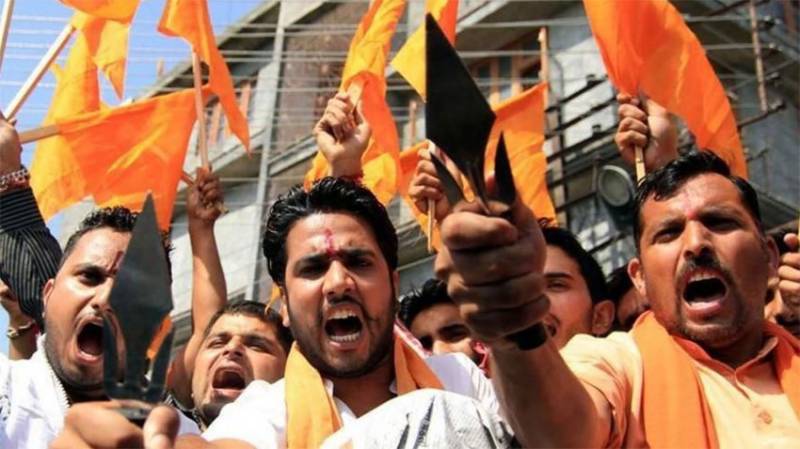 There is certainly an increase in Indian State terrorism in Held Kashmir particularly in Modi’s regime. It is Modi’s doctrine to resolve suppression tactics to resolve Kashmir dispute but the fact is that, Kashmiris indigenous movement for self-determination has gained momentum as a result of suppression.

Kashmiris have never accepted illegal Indian occupation on Held Kashmir. The only solution lies in giving the Kashmiris their right to self-determination in accordance with UN resolutions. The first ever report issued by the UN on the human rights is a charge-sheet against Indian atrocities in Held Kashmir. According to the report, Indian forces have been involved in worst human rights violation in Occupied Kashmir.

The British parliamentarians have raised serious concerns over human rights abuses in IOK and called for immediate cessation of massive violations of human rights in the valley, and ending the impunity enjoyed by Indian security forces.

Indian policies and human rights violations have been exposed in front of the world. The only solution to Kashmir dispute is implementation of UN resolutions according to which Kashmiris are supposed to be given their right to self-determination. Kashmir dispute is main cause of Indo-Pak tensions.

India has continuously been trying to make the world acknowledge that Kashmir is a bilateral issue whereas it is an international issue now. India rather than to sit with Pakistan and resolve Kashmir issue through dialogue is making all out efforts to divert world’s attention from Kashmir dispute. The international community is well aware and is condemning the Indian atrocities and worst human right violations by Indian forces in Occupied Kashmir.

Indian government has been implementing controversial policies in Occupied Kashmir and promoting Hinduism there. Indian government has also changed the educational syllabus in which religious extremism is being promoted. Minorities in India are not safe and are being forced to change their religion by force. Indian forces have also been violating LoC and the Working Boundary.

Unfortunately, India which for nearly 7 decades wore a non-aligned/secular mask has finally under Modi’s BJP Government, has exposed its true self as being neither non-aligned, nor secular but a bigoted and intolerant Hindu State.