FM to visit Kabul on Saturday next for Afghanistan peace talks
9 Dec, 2018 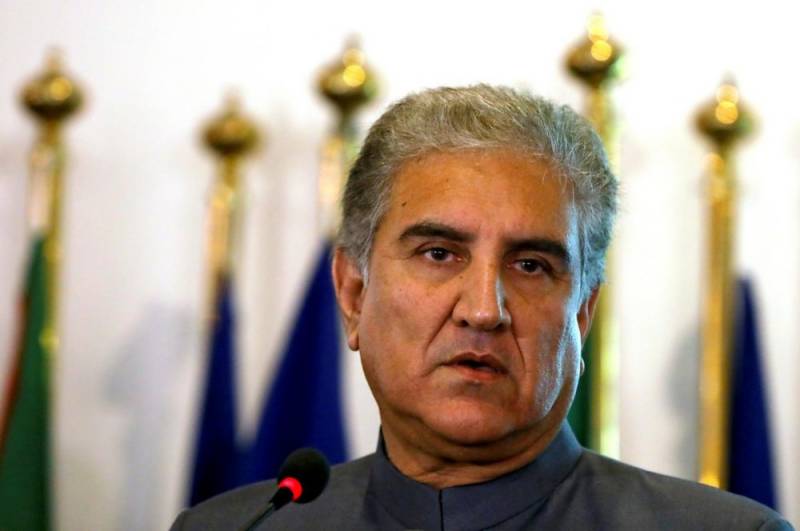 Foreign Minister Shah Mehmood Qureshi says Pakistan's foreign policy is on a positive trajectory based on national interest and self-reliance.

Addressing a ceremony in Multan on Saturday, he said it is the robustness of Pakistan's foreign policy that the US has requested for assistance in Afghan issue.

Foreign Minister said, he will visit Kabul on Saturday next to hold talks with Afghan leadership on political reconciliation and durable peace in Afghanistan.

He said Pakistan is committed to Afghan-led and Afghan-owned peace process.

The Foreign Minister said Prime Minister has also expressed satisfaction over the performance of Ministry of Foreign Affairs in the first hundred days of the government.

He said the government raised the issue of blasphemous caricatures at the United Nations and also with the Dutch government in a strong voice.

The controversial cartoon contest was cancelled in the Netherlands due to our vociferous efforts.

Foreign Minister said Pakistan made the decision of opening of Kartarpur Border to facilitate the Sikh pilgrims.This step gave a message of peace and love from Pakistan.

He said Sikh community in the whole world expressed pleasure over this initiative of Pakistan and appreciated the move.

Shah Mehmood Qureshi said the issue of Kashmir was effectively highlighted at the UN and other world forums and the human rights violations by Indian occupation forces in the territory were exposed.