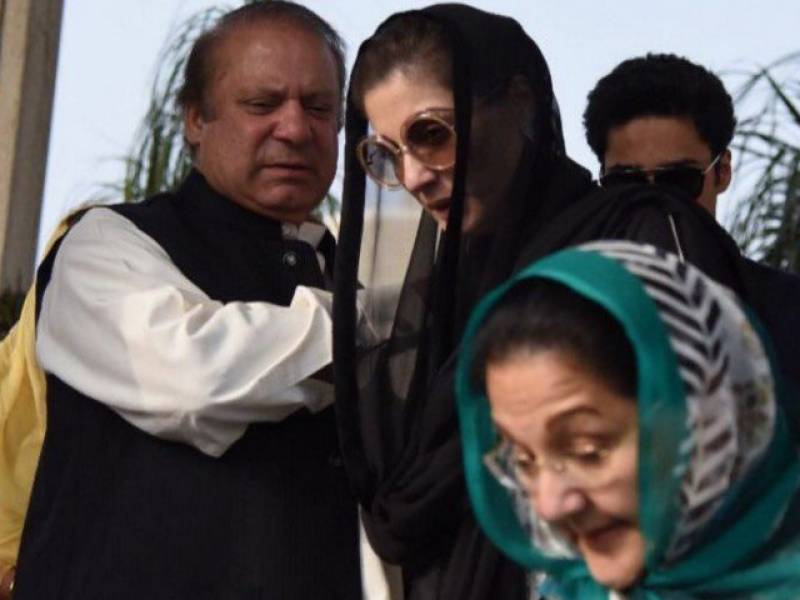 Former PM Nawaz Sharif kicked off his journey to Lahore via GT Road today to show his political strength.

His daughter Maryam Nawaz, who was earlier supposed to accompany her father, was forced to leave Islamabad for Lahore a day before the rally due to security concerns.

Unable to accompany her father to Lahore during his ‘homegoing’ rally, Maryam took to Twitter, praying for her father’s safety and security.

“Abu [Nawaz Sharif] seeing us off as we leave for Lahore…. Entrusted my beloved to Allah… May Allah protection him from all evils,” Maryam tweeted on Tuesday as the former premier defied potential security threats and decided to use GT Road instead of M-2 Motorway to reach Lahore.