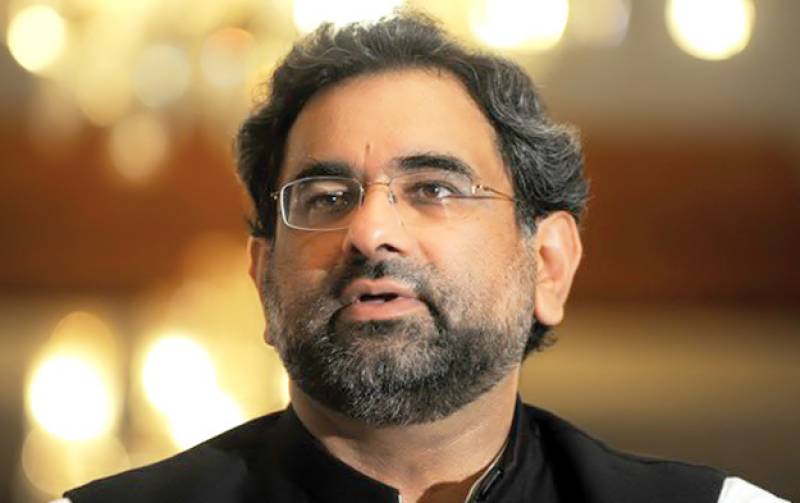 ISLAMABAD:  Prime Minister Shahid Khaqan Abbasi Wednesday said Nawaz Sharif had the full right todefend himself before the full bench of the Supreme Court inthe review petition, seeking reversal of an earlier disqualification order by a five judge-bench.
He said though the government had fully implemented the apex court’s verdict but the people from different sections ofthe society had not accepted it.
Even various political parties and people with unbiased approach had also raised their concerns, he added.
In an interview with Nadeem Malik, host of a SAMAA TV talk show, the prime minister said the Supreme Court had theresponsibility to decide the review petition as among otherpending cases, it had treated that case as a special one.
The Supreme Court itself became a prosecutor in the case, he said in reply to a query and said that the PML-Ngovernment had completely implemented it.
The prime minister to another question about resident visa issue, said Nawaz Sharif had acquired the visa when he was not a prime minister of the country and was in exile.
He was declared disqualified for not accepting salary from his son’s company and not declaring it as his asset, he added.
The Dubai government, he said, had issued millions of residents visas and those were for a specific period. Therewas no law in Pakistan to bar acquiring such facility, he explained.
The prime minister said the verdict could not be applied to all. Half of Pakistan could stand disqualified if such lawwas applied as the nature of the cases varied.
He further said that he wanted the parliament to examine the issue of Articles 62 and 63 of the Constitution as there were a lot of ambiguities in their implementation with varyinginterpretations.
“A clarity is required on the issue. A thing in the Constitution, which could not be implemented due to itsambiguities, must be clarified. But it requires consensus amongthe stakeholders,” he added.
The prime minister referring to the vagueness in the constitutional articles, said such obscurity or clericalmistake could put a person in jeopardy.He cited the disqualification of former prime minister Muhammad Nawaz Sharif by saying that the aforementionedarticle was invoked for not withdrawing salary from his son’s company.
The Constitution was a living document and it could be amended in view of the changing requirements, he added.