Two men posing as federal agents arrested in US over suspicion of ties with Pakistani Intelligence: US media
9 Apr, 2022 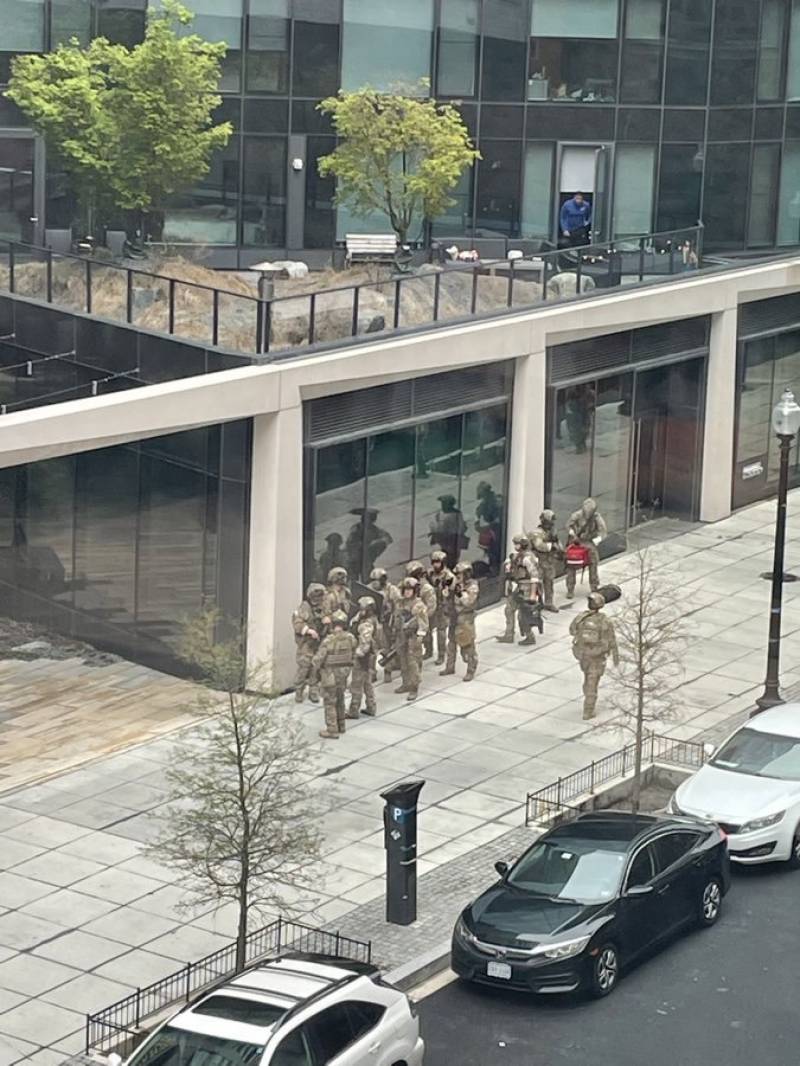 On April 6, federal agents swarmed an apartment complex in Navy Yard. Tactical teams were deployed. It was a heavy law enforcement action. Was it terrorism? Was there a serial killer on the loose? It was none of those things, maybe. It wasn’t a murder, but it was two men with reported ties to Pakistani intelligence who were busted posing as federal agents link. Apparently, these two had kept this ruse up for a couple of years. According to authorities, the two men infiltrated and ingratiated themselves among Secret Service and Department of Homeland Security personnel (via WaPo link ):

One of two men accused of posing as federal law enforcement employees and ingratiating themselves with Secret Service agents had visas for travel to Iran and Pakistan, and told others that he had ties to Pakistan’s intelligence service, a federal prosecutor alleged Thursday.

Assistant U.S. Attorney Joshua Rothstein said the government wanted Haider Ali and Arian Taherzadeh — who were arrested Wednesday on charges of impersonating federal law enforcement, specifically with the Department of Homeland Security — held in jail while they await trial, alleging that they posed a flight risk and possessed firearms.

Taherzadeh, 40, and Ali, 35, were charged in what prosecutors described as a ruse that started in February 2020 and ended only after a postal inspector came across the pair in an unrelated case. Federal law enforcement officials did not say what motivated the men or what they wanted in return as they, according to prosecutors, “ingratiated themselves with and infiltrated” Secret Service agents and DHS personnel who lived in their D.C. apartment building. So far, the men are charged only with “false impersonation of a federal officer,” though Rothstein said Thursday that the government would probably add a charge of “conspiracy.”

According to an FBI agent’s affidavit in the case, the men lavished gifts upon members of the Secret Service — including rent-free apartments that would cost $40,000 a year, iPhones, surveillance systems, a drone, a flat-screen TV and a generator — and it was not entirely clear what, if anything, they wanted in return.

In court, Rothstein said Wednesday’s search of five units in the building — including ones occupied by each defendant — recovered Glock and Sig Sauer pistols; DHS patches, vests and training manuals; binoculars; “sniper-spotting equipment”; and a binder listing the names and addresses of building occupants.

The Secret Service put on leave four employees connected to the case, though the bureau characterized them in court papers as witnesses who seemed to have been duped by a well-executed ploy.

It’s a long, bizarre tale, but one that has engulfed the Secret Service and DHS in an embarrassing predicament. We don’t know the source of their cash flow yet, but it appears there are quite a few outstanding debts. Was a Pakistani intelligence operation just busted in the capital? We’re still sifting through the details, but it’s also a pretty unsettling story as well. Those entrusted with our security, with the protection of our president, have been compromised.