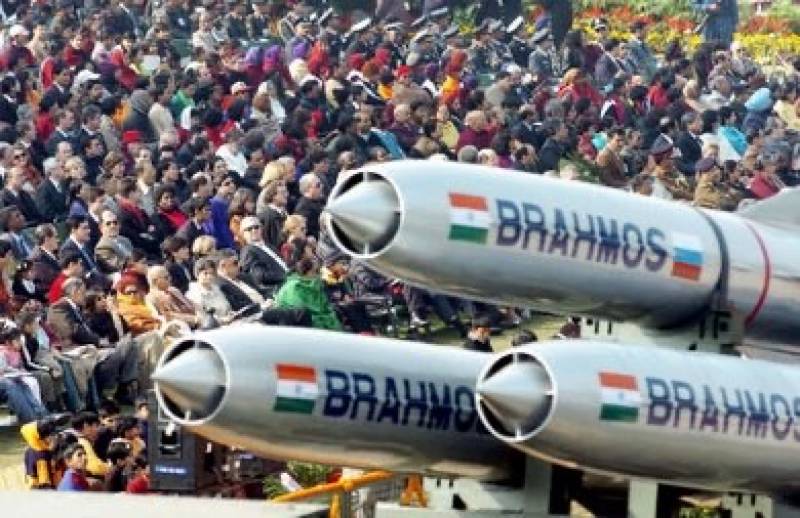 Last month, while most of the world focused on the war in Ukraine and worried that a beleaguered Russian leadership might resort to nuclear weapons, thus escalating the conflict into a direct war with the U.S.-led NATO nuclear-armed alliance, a nearly tragic accident involving India and Pakistan pointed to another path to nuclear war. The accident highlighted how complex technological systems, including those involving nuclear weapons, can generate unexpected routes to potential disaster—especially when managed by overconfident organizations.

India and Pakistan possess more than 300 nuclear weapons link between them, and have fought multiple wars and faced many military crises. On March 9, two years after their dispute over Kashmir escalated into attacks by jet fighters link, the Pakistan Air Force detected link high speed flying object” inside Indian territory change course and veer suddenly toward Pakistan. It flew deep into Pakistan and crashed. The object was a BrahMos cruise missile link, a weapon system developed jointly by India and Russia. India soon stated the launch was an accident link .

The firing of the BrahMos missile falls within a long history of accidents involving military systems in India. Military aircraft link have strayed across the borders during peacetime. India’s first nuclear submarine was reportedly “crippled link” by an accident in 2018, but the government refused to divulge link any details. Secrecy has prevented the investigation of an apparent failure of India's ballistic missile defence system link 2016. Engagements between India and Pakistan can arise from such accidents, as in 1999 when a Pakistani military plane was shot down link along the border by India, killing 16 people. Pakistan has had its share of accidents, including a Pakistani fighter jet crashing link the capital city in 2020. Advertisement

All these weapons systems are inherently accident-prone because of two characteristics identified by organizational sociologist Charles Perrow decades ago—interactive complexity and tight coupling—that combine to make accidents a “normal” feature of the operation of some hazardous technologies. The first characteristic refers to the possibility that different parts of the system can affect each other in unexpected ways, thus producing unanticipated outcomes. The second makes it hard to stop the resulting sequence of events. For Perrow, “the dangerous accidents lie in the system, not in the components link,” and are inevitable.

Perhaps the best and most troubling proof of this proposition is in the realm of nuclear weapons link embody all the properties of high-risk technological systems. Despite decades of efforts to ensure safety, these systems have suffered many failures, accidents link and close calls link. During 1979–1980, for example, there were several false warnings of Soviet missile attacks link, some of which resulted in U.S. nuclear forces being put on alert.

Illustrating political theorist Benoît Pelopidas’s observation that luck has long played a “crucial role ... in preserving the world from nuclear devastation link,” the BrahMos accident was not more consequential because of three lucky circumstances. First, the missile was not armed with a warhead. Second, the accident occurred during peacetime, not during a bout of armed conflict or a period of military tension between the two countries; had that been the case, the Pakistani military might have interpreted it as a deliberate attack and responded militarily. Third, BrahMos apparently is not designed to carry nuclear weapons. But India link has cruise missiles that can carry nuclear warheads, as does Pakistan link .

Compounding the risk is the mobility of India’s expanding fleet of nuclear capable missiles link. These can be launched quickly from specially developed vehicles link that move around on roads or rails—meaning that military planners in Pakistan and China, the nuclear-armed neighbors against whom India has war plans link, have to be prepared for sudden missile launches from almost anywhere in India’s vast landmass.

Given the secretive nature of Indian nuclear policymaking, little is known about India’s nuclear command and control system link. However, the 1999 Draft Nuclear Doctrine link called for “assured capability to shift from peacetime deployment to fully employable forces *in the shortest possible time*.” (Emphasis added.) The combination of technology and plans for being able to rapidly launch nuclear weapons raises the risk of accidental and inadvertent escalation to nuclear war. Advertisement

South Asia’s geography is pitiless. It would only take five to 10 minutes link for a missile launched from India to attack Pakistan’s national capital, nuclear weapon command posts or bases. For comparison, the flight times between missile launch sites and targets in the United States and Russia are about 30 minutes. Even this extra time may be insufficient. In the event of a military crisis, no leader can make a judicious decision during this period, when faced with impossible choices link. But shorter flight times link increase the likelihood of mistakes link.

The mistake that is of greatest concern is a false alarm of an incoming nuclear attack, possibly directed against nuclear forces. Indian or Pakistani—or Russian or NATO—policy makers may find themselves under immense pressure to launch a preemptive attack, thereby compounding the crisis. The terrible dilemma confronting them would be whether to use their nuclear weapons first or wait for the bombs from the other side to land. Nuclear war, even of a limited nature, between India and Pakistan could lead to millions of deaths link in the short term and even graver consequences in the longer term for the region and beyond.

Compounding these dangers is the overconfidence of India’s officials, who displayed no recognition of the gravity of the Brahmos accident. A “technical malfunction” had “led to the accidental firing of a missile,” the official statement declared, noting glibly “it is learnt that the missile landed in an area of Pakistan link.” India’s defense minister assured parliament members that the system is “very reliable and safe link .” [image: newsletter promo]

As the legendary analyst of nuclear command and control Bruce Blair link, among nuclear weapon system managers and operators there is an “illusion of safety link” that masks “the systematic potential for tragedy on a monumental scale.” Whether it is India and Pakistan preparing for a fifth war, or the forces of a nuclear-armed Russia struggling ever more violently to subdue Ukraine and stem the flow of lethal NATO weapons, such illusions threaten the destruction of cities and may lead to the killing of nations.