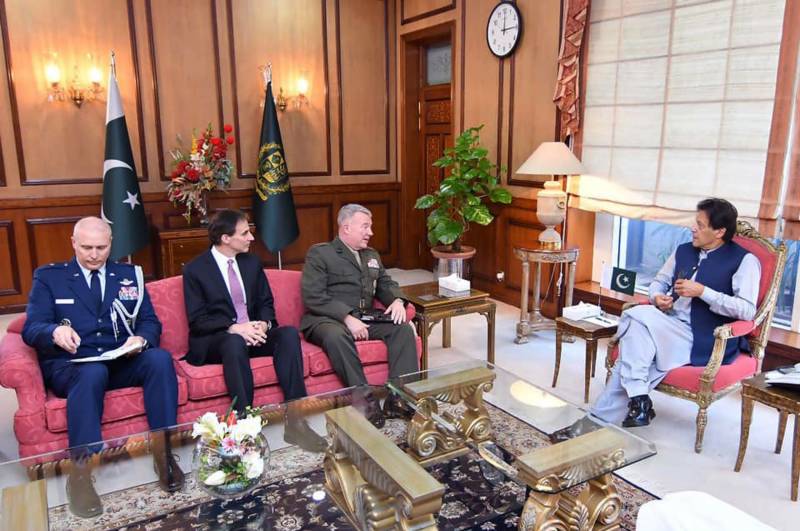 Prime Minister Imran Khan has said the policy to seek direct engagement with Afghan stakeholders, including Taliban, to find a negotiated solution has the greatest prospects to end the conflict in Afghanistan.

Talking to US Central Command (CENTCOM) Commander General Kenneth McKenzie Jr, who called on him in Islamabad, he said Pakistan has a long standing commitment to peace and stability in Afghanistan through political settlement.

The prime minister stated that the Afghan stakeholders should sit together to discuss the contours of their future policy after the withdrawal of foreign troops.

He reiterated Pakistan’s desire to have good neighbourly relations with all its neighbours including Afghanistan and India.

The Prime Minister stressed the need for continued military cooperation between Pakistan and the United States to deal with the emerging threats, especially the Islamic State.

He also apprised Gen McKenzie of his government’s commitment to implement the National Action Plan.

The Naval Chief apprised the US commander about the steps taken by Pakistan Navy to curb maritime terrorism and piracy.

General McKenzie assured to provide every possible cooperation for regional peace and stability.