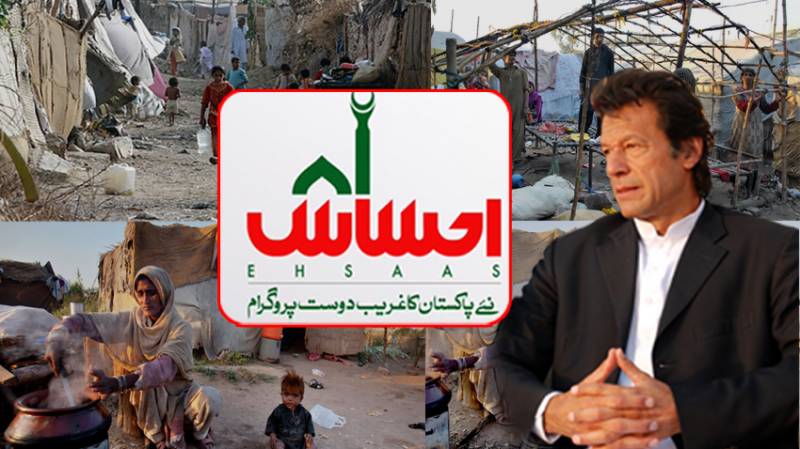 Prime Minister Imran Khan has released his policy statement on Ehsas programme for poverty alleviation in the country.

In a tweet, he said his priority poverty reduction programme with its four focus areas and 115 policy actions will reduce inequality, invest in people, and uplift lagging districts.

A policy document issued separately by the Prime Minister says that the four pillars include addressing elite capture and making the government system work to create equality; safety nets for disadvantaged segments of the population; jobs and livelihoods; and human capital development.

Prime Minister reiterated his determination that Ehsaas is about the creation of a welfare state.

He said for this purpose all tools and technology will be used to create precision safety nets and to promote financial inclusion besides supporting the economic empowerment of women.

He said an approach has been adopted to provide a level playing field on the one hand and foster locally-relevant innovation on the other, to create jobs and promote livelihood in quick-win areas.

The Prime Minister said the program is for the extreme poor, jobless, poor farmers, laborers, sick and undernourished as well as for students from low-income backgrounds and for poor women and elderly citizens.

This plan, he said, is also about lifting lagging areas where poverty is higher.

The Prime Minister said Ehsaas' poverty reduction strategy is articulated in four pillars and it currently embodies 115 policy actions, which may be expanded as the process of consultations on the program, further widens.