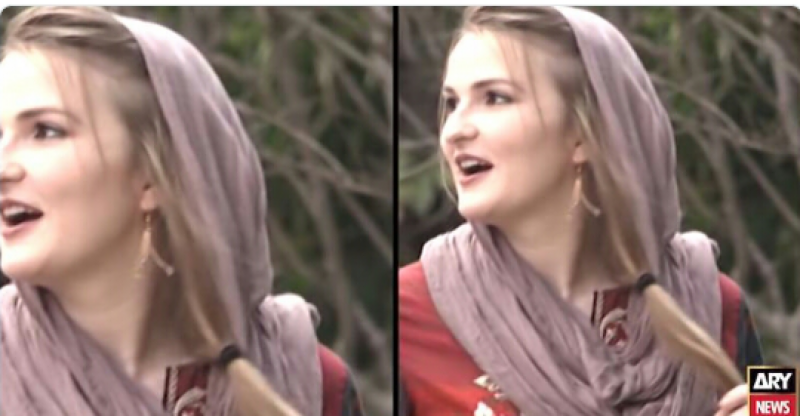 ISLAMABD - Sonia is a Muslim Pakistani of German descent who had studied about various religions and embraced Islam after five-year extensive research.

Talking about her journey to Islam she says, “It was a logical decision for me. I studied religion a lot and finally I reached to Islam and I was so fascinated by it.”

Named by her mother-in-law as Sonia Jannat, she married Imran and shifted to Pakistan wholeheartedly. The newlywed has completely adopted Pakistani lifestyle and cooks traditional cuisine, especially Biryani.

A nutritionist by qualification, she helps her better half with his business and feels “so safe” in Pakistan.