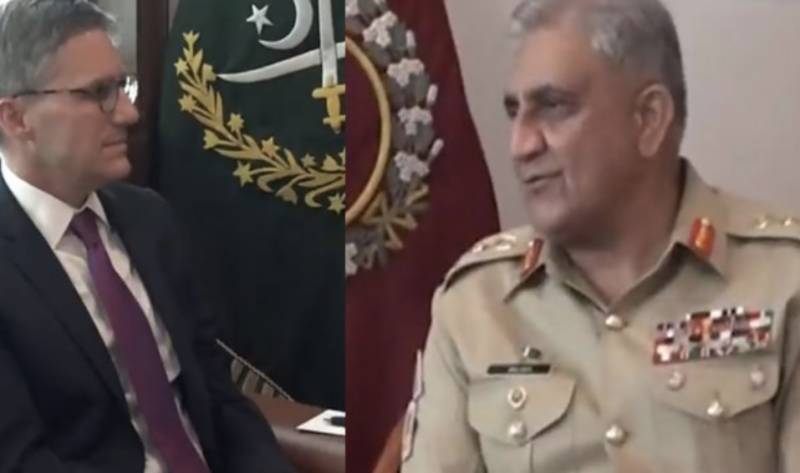 According to the army’s media wing, regional security situation and bilateral cooperation in various fields were discussed during the meeting. Both sides also agreed upon enhancing defence and security cooperation.

The visiting dignitaries expressed their grief over the devastation caused by ongoing floods in Pakistan. He also offered sincere condolence to the families of the flood victims.

The dignitaries appreciated Pakistan’s efforts for regional stability and also pledged to play their role in enhancing cooperation with Pakistan at all levels.

COAS thanked Derek H. Chollet for USA’s support and reiterated that assistance from global partners should be vital in the relief and rehabilitation of the flood victims.

According to Inter-Services Public Relations (ISPR), COAS Bajwa expressed his views during a meeting with CEO of Transformation Management Office of Saudi Ministry of Defence Samir Bin Abdulaziz Al-Tabib in Rawalpindi.

During the meeting, matters pertaining to mutual interest, defense cooperation, regional peace and stability and security cooperation were discussed