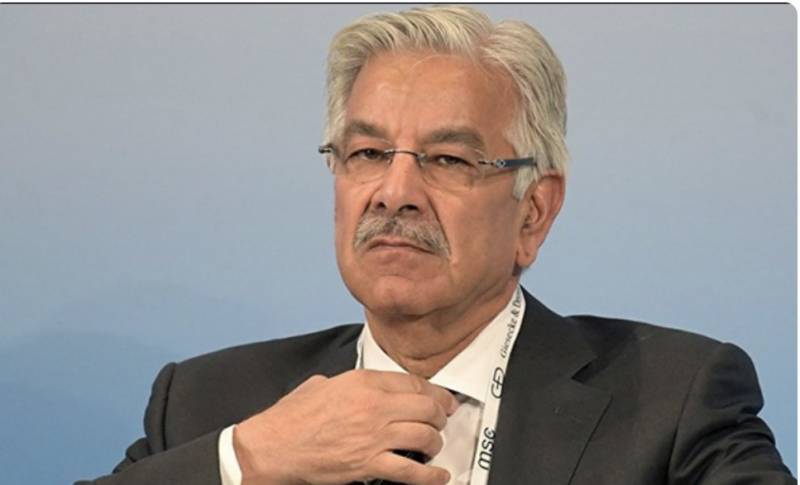 *ISLAMABAD: Defence Minister Khawaja Asif has said that the incumbent unity government will not make any haste in appointment of new Chief of Army Staff (COAS) as there are still three months left for the key appointment. *

Speaking to state-owned USA broadcaster VoA, Khawaja Asif said that the former prime minister Imran Khan has given a controversial remark over the appointment of COAS and he will not be spared over it.

“Scandalizing the appointment of the army chief is not a service to the nation in anyway,” he said.

Sharing details of the process to be followed, Khawaja Asif said that names forwarded from the army will be put before the members of the coalition government. “The decision will be taken as per the described rules and regulations,” he said.

The defence minister further denied claims that US drones are taking off from Pakistan. “Pakistani land was not used in the drone attack in Kabul,” he said.

It is pertinent to mention here that Pakistan Army on Monday termed PTI Chairman Imran Khan’s remarks link on appointment of Chief of Army Staff (COAS) as ‘unfortunate and disappointing.

The ISPR said in a statement link that Pakistan Army is aghast at the defamatory and uncalled for statement about the senior leadership of Pakistan Army by Chairman PTI Imran Khan during a political rally at Faisalabad.