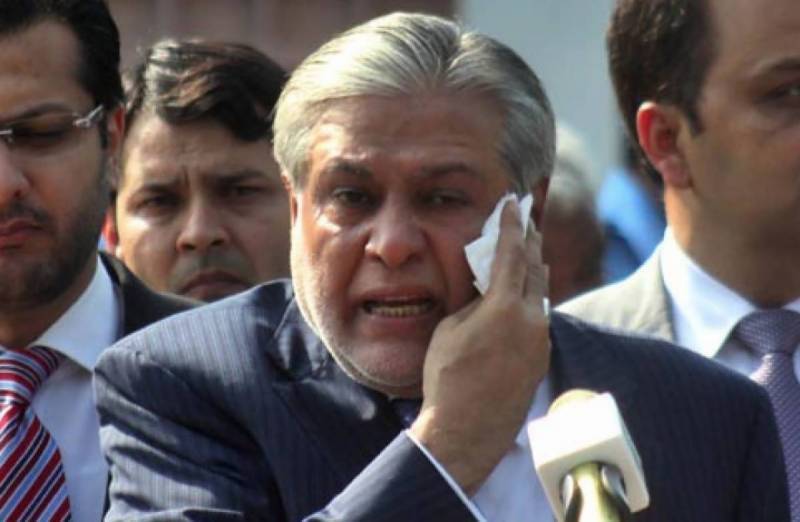 ISLAMABAD – Finance Minister Ishaq Dar on Friday warned Moody’s Investor Service that he would give a “befitting reply” in an official meeting if the agency did not reverse the downgrade of Pakistan’s sovereign credit rating.

On Thursday, Moody’s cut Pakistan’s sovereign credit rating by one notch to Caa1 from B3, citing increased government liquidity and external vulnerability risks, following the devastating floods that hit the country earlier this year.

Debt affordability, a long-standing credit weakness for Pakistan, will remain extremely weak for the foreseeable future. The downgrade has pushed the country into the C-cate­gory after seven years, i.e. March 2015.

Talking outside an accountability person in Islamabad today, Dar said he had spoken to the agency’s officials and told them that they “should not have done it”.

Moody’s should have consulted Pakistan prior to the downgrade, the finance minister said, adding that there was “no cause for worry” as rating agency Fitch had also downgraded the United Kingdom earlier this week.

“The main work of these rating agencies is related to bonds. We floated $500 million bonds in April 2014 and we had 14 times oversubscription.

Moody’s said Pakistan’s weak institutions and governance strength added to the uncertainty whether the country will maintain a credible policy path that supports further financing. The negative outlook also captures risks that, should a debt restructuring be needed, it may extend to private sector creditors.

Concurrently, the Moody’s also lowered Pakistan’s local and foreign currency country ceilings to B2 and Caa1 from B1 and B3, respectively. The two-notch gap between the local currency ceiling and sovereign rating is driven by the government’s relatively large footprint in the economy, weak institutions, and relatively high political and external vulnerability risk.