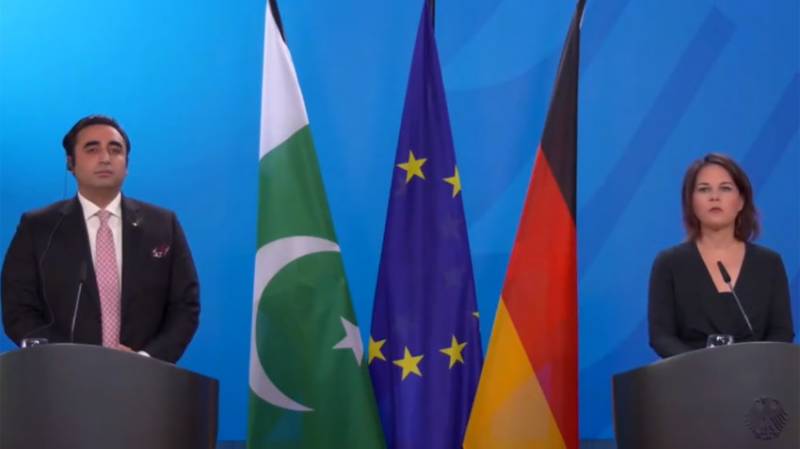 German Foreign Minister Annalena Baerbock announced it at a joint presser along with her Pakistani counterpart Bilawal Bhutto Zardari in Berlin.

Expressing sympathy with the families suffering due to the massive floods, she said Pakistan is the most affected country by climate change.

She said that the current devastation in Pakistan is a reminder to the world about the dramatic consequences of the climate change.

Speaking about bilateral relations, she said Germany intends to diversify its relation with Pakistan in economic spheres, Radio Pakistan reported.

Speaking on the occasion, Bilawal Bhutto Zardari called for turning cooperation between Pakistan and Germany into synergetic partnership for benefit of the two peoples.

Talking to recent floods, he said the climate catastrophe in Pakistan cannot be defined in words, as one third of the country is under water.

He informed the media that the floods have destroyed over a million houses and the country is also facing looming food crisis due to it.

About Pak-German relations, he expressed the confidence that mutual desire to deepen bilateral relations would prove to be win-win for both the countries.