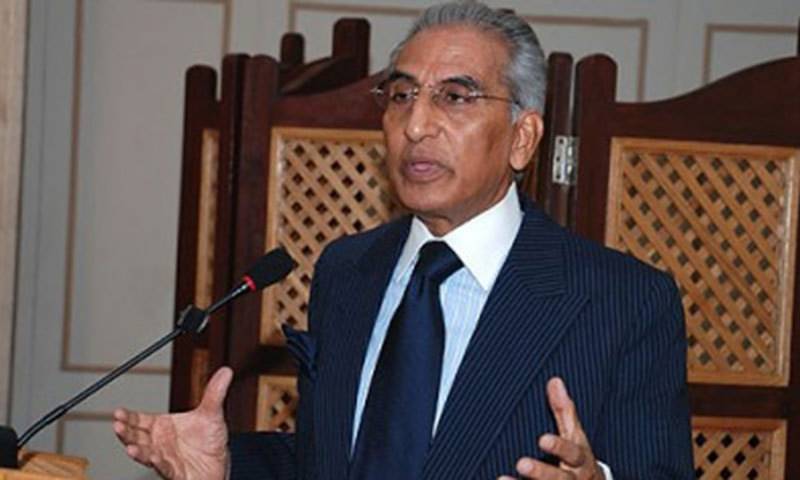 ISLAMABAD: (APP) Assistant to Prime Minister on Foreign Affairs Syed Tariq Fatemi Saturday rejecting India's accusations on Uri incident 'as baseless', said it was a part of Indian track record of accusing Pakistan of every incident taking place on their soil without any evidences.

"It is Pakistan's firm policy not to allow its soil against any other country and it had taken tangible action against terrorist groups of all hues without any discrimination," he said in an interview aired by a private Tv channel.

He said there was no tolerance for terrorist organizations as these were proceeded against with appropriate steps.

Fatemi said the terrorism issue was a weightage of the past legacies birthed by the flawed policies of Gen.(Retd) Pervez Musharraf.

After election of Narendra Modi's government, extremist sentiments and views were stirred inside India, he added.

About postponement of South Asian Association for Regional Cooperation (SAARC) summit in Islamabad, the PM's Assistant replied that India had a long history of sabotaging the previous sessions as well.

The SAARC was formed with prime objectives of bringing economic stability among its component members, he added.

About foreign policies followed by the government, Fatemi said these were formed by the changing scenarios.

He said Pakistan had taken its ties with China to new historic heights, besides forging improved relations with Russia especially in the defence field.

The US-Pakistan ties enjoyed cordial relations, but at the same time, Pakistan was also keenly observing the emerging opportunities and responding with appropriate steps, he added.

Responding to another query, the Special Assistant said Prime Minister's speech to UN was solely focussed on Kashmir issue which effectively highlighted Indian atrocities in the occupied valley.

"The Baloch people are as patriotic as people living in any part of the country," he said and rejected India propaganda about Balochistan province as malicious one.

He said the world leaders were apprised about Indian involvement in terrorist activities inside Balochistan including the arrest of Kulbushan Jhadev with proofs.

About Afghan peace process, Fatemi said that Pakistan was only facilitating the reconciliation process as stable Afghanistan was vital for the regional peace.

Pakistan had already made it clear to the US and other stakeholders that it would not allow others' conflicts and fights to pour into its territory, he emphasized.

About formulation of foreign policy, he replied policy directions were issued by the Prime Minister after regular inputs and feed backs from the relevant quarters.