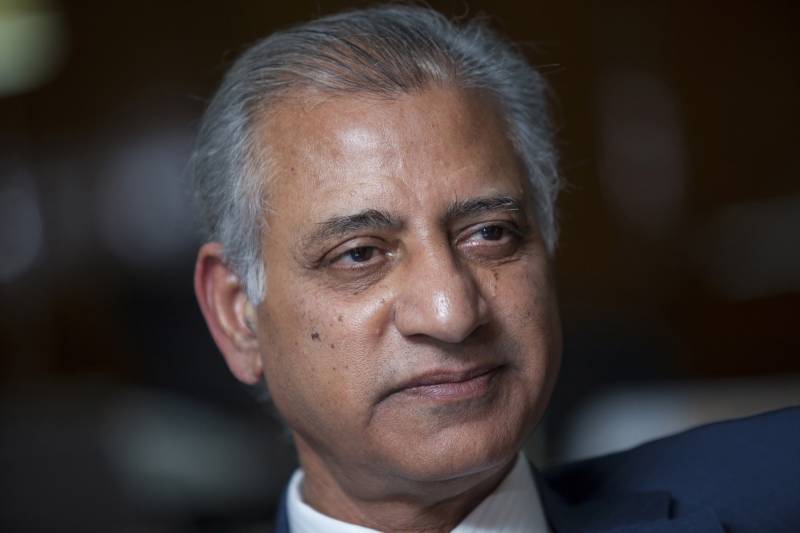 ISLAMABAD (APP): Governor State Bank of Pakistan Ashraf Mahmood joined the prestigious club of distinguished central bankers as he was named Euromoney's Central Bank Governor of the Year 2016 at a reception at the Press Club in Washington DC on October 7 on the sidelines of annual International Monetary Fund (IMF) and World Bank meetings.

Governor Ashraf Mahmood Wathra who rose to the position of Governor on April 29, 2014 carries more than 35 years of extensive experience of commercial, corporate and investment banking experience to his assignment, said a statement received here on Saturday.

"Since Wathra become Governor of the SBP in 2014, Pakistan has been one of the best performing countries in the Euromoney Country Risk rankings, a sovereign rating service that asks independent economists and analysts to measure risk factors, with sharp improvements in its overall, economic and political scores," says the Euromoney press release issued on this occasion.

Speaking at the ceremony the Governor remarked, "It is indeed a moment of pride for me as well as for Pakistan that I have been awarded the central bank Governor of the year 2016. In fact, this is recognition of all the teamwork that has lead to the successful reemergence of Pakistan as a safe and stable country with a promising future. Here, I would specifically mention my colleagues at SBP without whose support I would not have been able to deliver what I am being appreciated for. I am sure that the appreciation of Euromoney will further boost the confidence of international investors."

Besides extolling the significant role played by Mr. Wathra for financial inclusion in Pakistan, the influential Euromoney magazine in its press release also acknowledged the role of Mr. Wathra for bringing stability to Pakistan's currency; successfully completing an IMF program; helping to improve country's economy from a period of stabilization to an era of potential growth; bringing significant changes to governance; reducing direct government financing from the central bank; boosting the country's capital markets; and bringing confidence about Pakistan's future both domestically and internationally.